(or The Tale of the Mounties)

The Mount Street mob’s ascent to the 9th floor is, at last, achieved. Just about on time and not without a sigh of relief after a rugged year on the First.

In our temporary abode we have enjoyed the company of stalwart workmen, who have shared our simple life and our simple toilets – simply everything. Their grit and determination has been most evident – plenty of grit still remains.

The British architectural system has filled us with awe and has provided staccato symphonies – a sort of primitive Musique Concrete on the basis that a building will be made solid and that all holes will be blasted out afterwards.

The drill, a symbol of power and obliteration, was instrumental in our passing from our old building to the new just over a year ago. A large hole in the wall suddenly appeared on the first floor and a few rickety planks supported our escape. Filing cabinets and desks perilously perched on a swinging plank 20 feet above was a sight never to be forgotten. 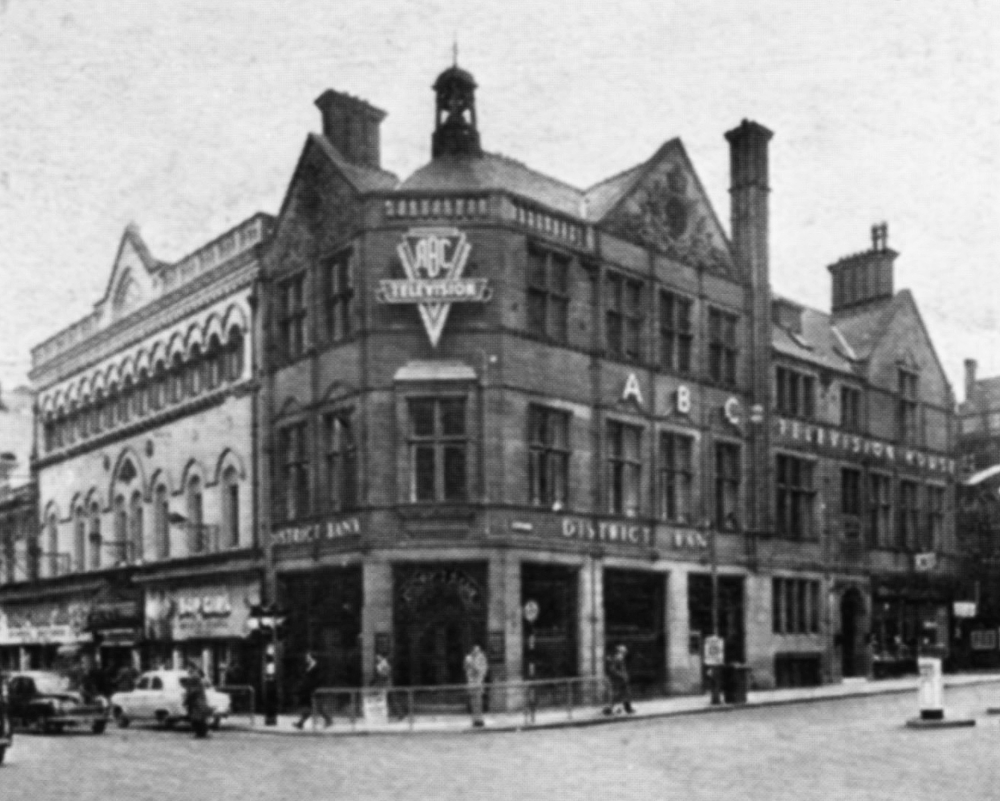 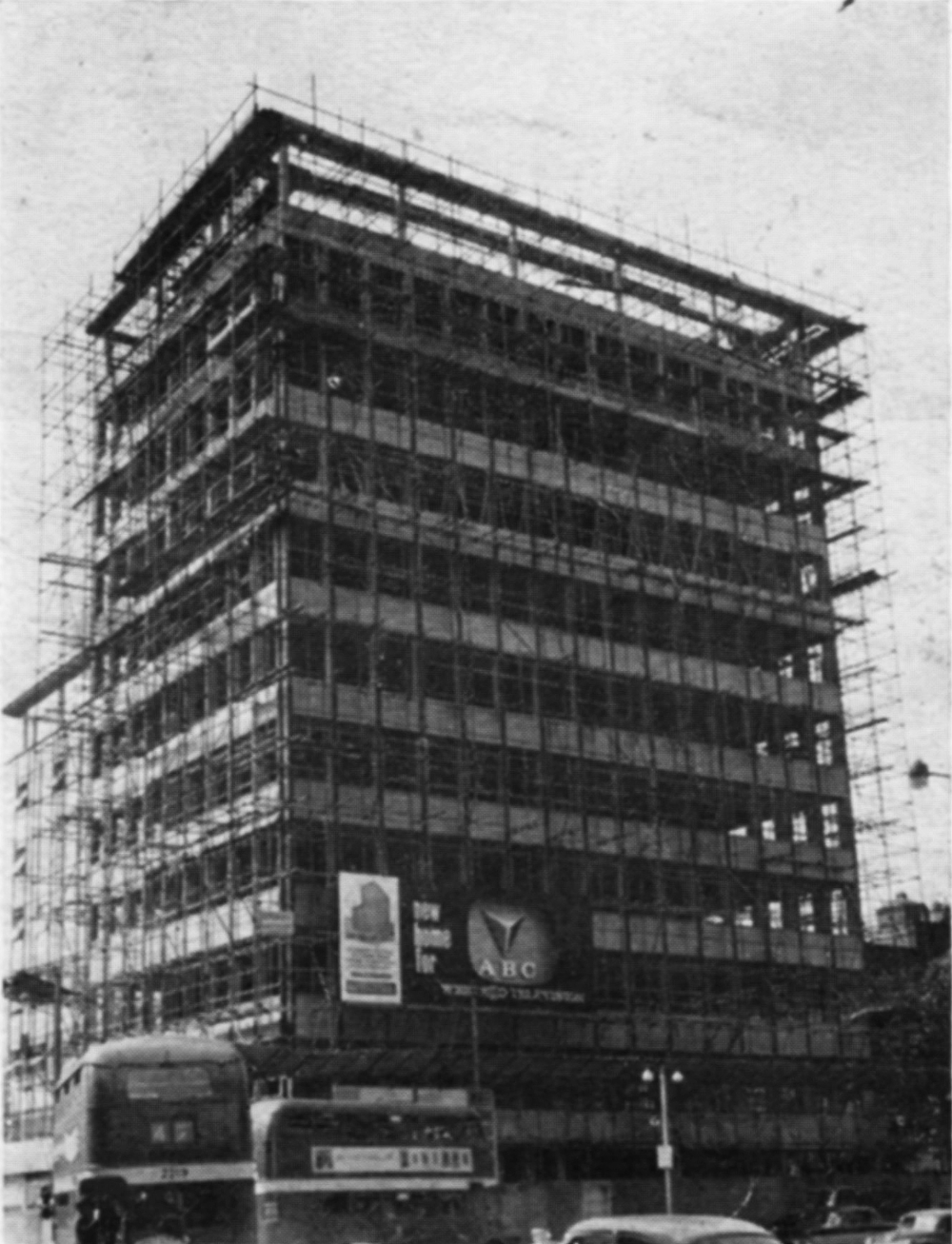 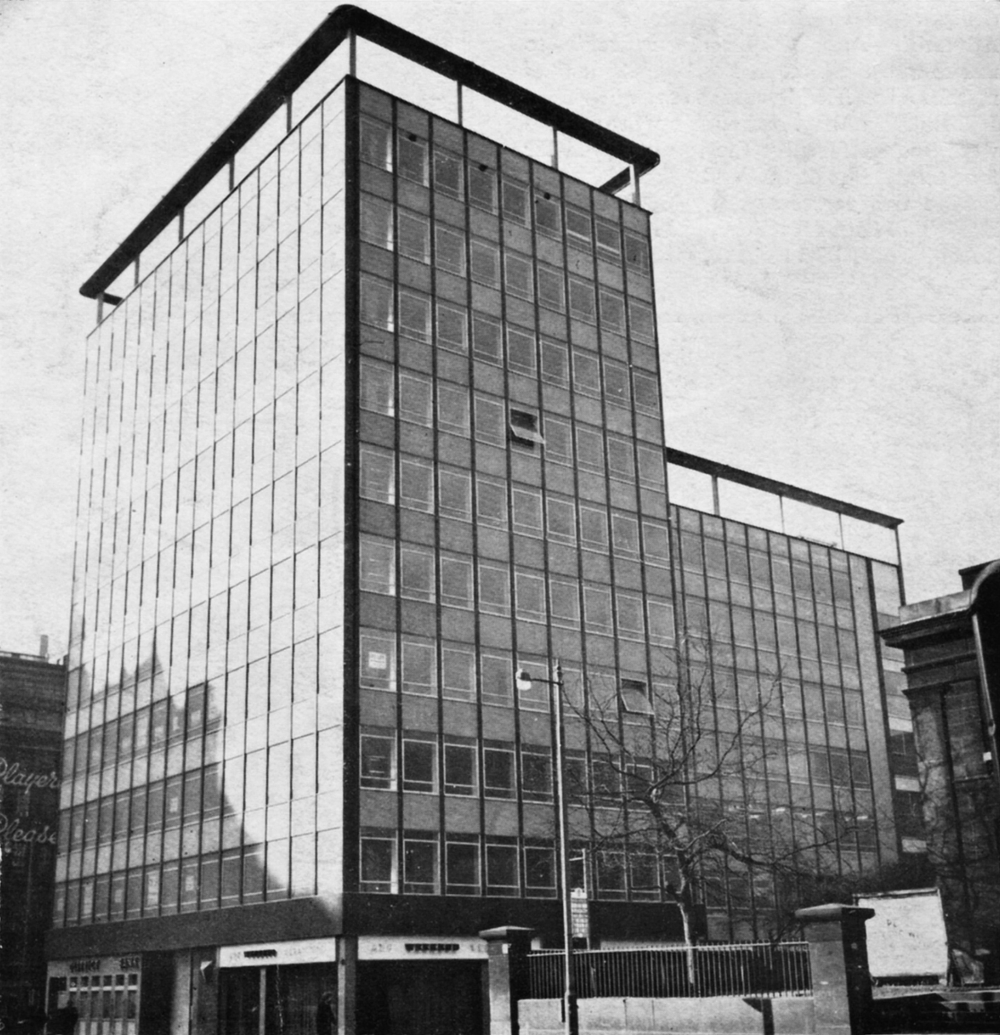 The past year in our temporary home has produced in us those fine qualities closely associated with the British under stress -frustration and despair and the desperate will to survive.

What happened? Advertising targets were reached. Press coverage increased and TV TIMES raised its circulation. In truth, a refreshing unity grew amongst the team – the workmen, through their crust of cement, softened a little and service reached new heights. One word from us about the noise and tools were downed and overtime created just to help us.

Tickets to Didsbury shows produced a sort of mutual and cunning goodwill but now we have taken our leave of these giants of the scaffold – these masters of the drill – and rise to the dizzy heights of luxury on the 9th.

We must not, however, underrate the Interior Decorators in our new abode. They too have shown great independence of thought and worked hard to achieve their target.

Their trade mark, until very recently, has lain all around us in undulating piles of shavings, putty, wood screws and dog ends, but beauty abounds and underneath this rough exterior lies a structure, and as we remember, a carpet, simple and tasteful of Hanoverian quality which will now, and in the years to come, fill our thoughts with joy and reinforce our confidence that we have “arrived”. 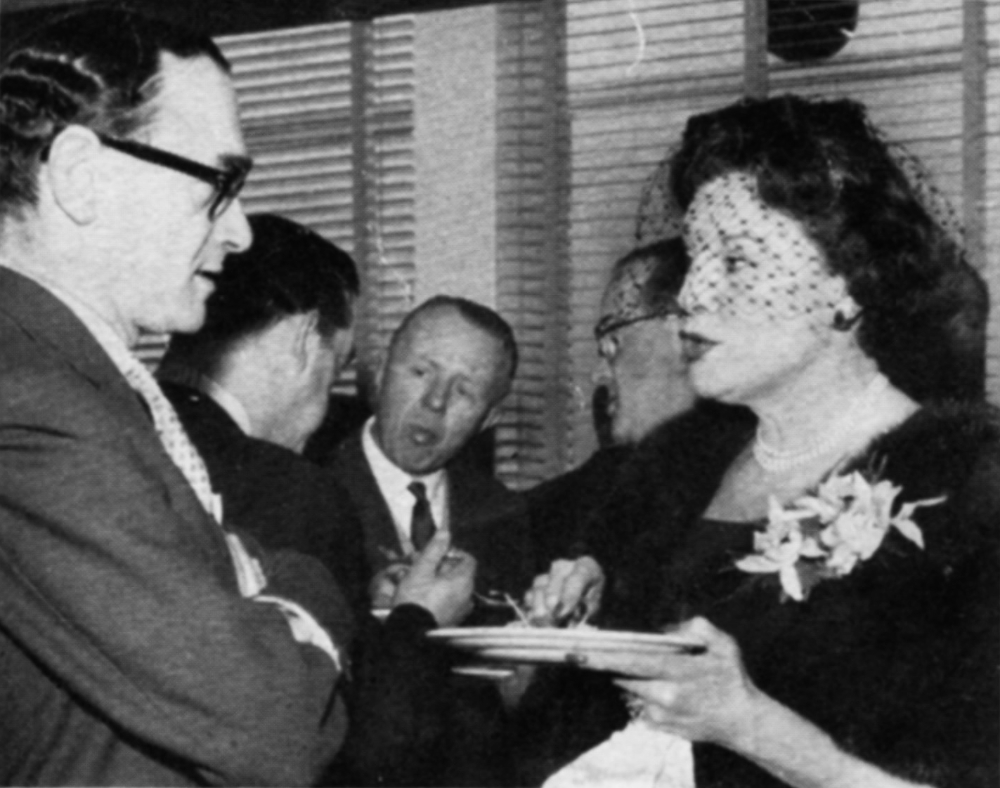 ▲ GEORGE COOPER, Advertising Director, chats with guest of honour RUTH DUNNING at the reception following the opening of the new offices. 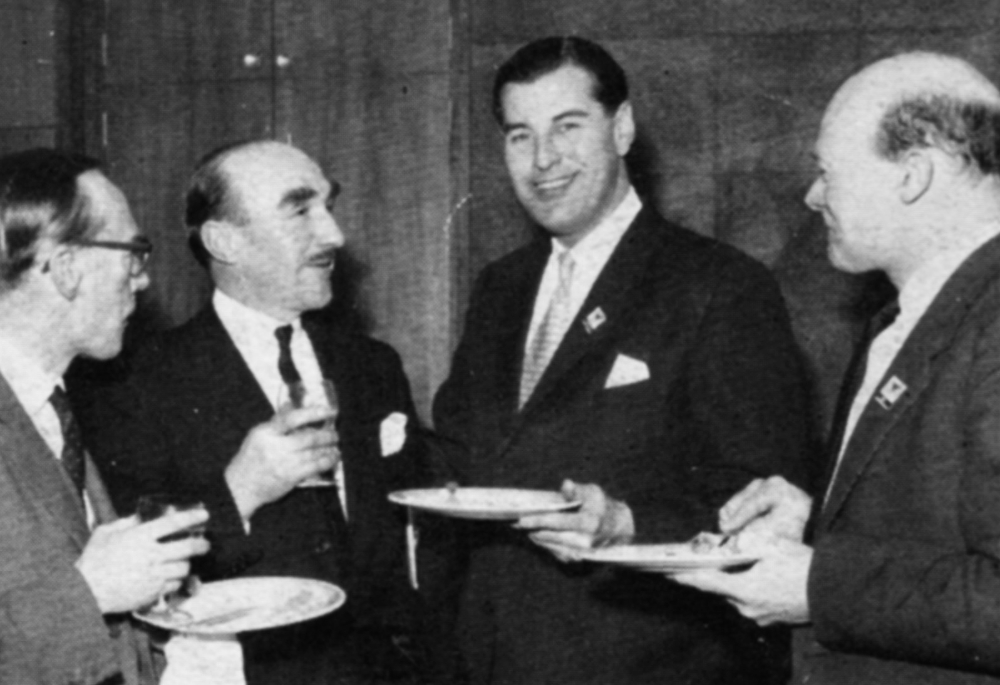 David Burry was the Northern Advertisement Manager for ABC