A look at ABC’s OB units.

The television audience, while demanding a full share of drama, light entertainment and feature programming, also enjoys sport – even if only from its armchair. And because you can’t take a football field to a studio, the studio must go to the field. In outside broadcasting the scene is set by the programme. For the rest it requires the same basic resources as any other television production, plus a few of its own. The first of these is mobility; getting the cameras, control unit and attendant vehicles to the scene and, having got them there, getting the cameras to the spot that will deliver the best shots. The second is a private, flexible and extremely positive link with the studios. Where there are no GPO land-lines for carrying the pictures back to a Master Control, and so to the transmitters, the OB unit must create its own contact; by bouncing the signals in a straight, uninterrupted line from one high, lonely point to another; from one mobile micro-wave relay transmitter to the great dish aerial of a receiver on another – regardless of weather or terrain.

In short, the whole coverage of an event in the open requires men who are rugged and optimistic, and determined enough to go anywhere; with vehicles tough enough to get them there. The ‘vehicles’ in any of ABC’s three OB units might include a mobile generating plant for producing lighting power, a hydraulic tower for camera or micro-wave aerial, tender vehicles and, if the programme is not being transmitted ‘live’, a mobile VTR unit. Once these have been positioned, the necessary connections made, and the line back to Master Control set up, a normal transmission procedure follows. 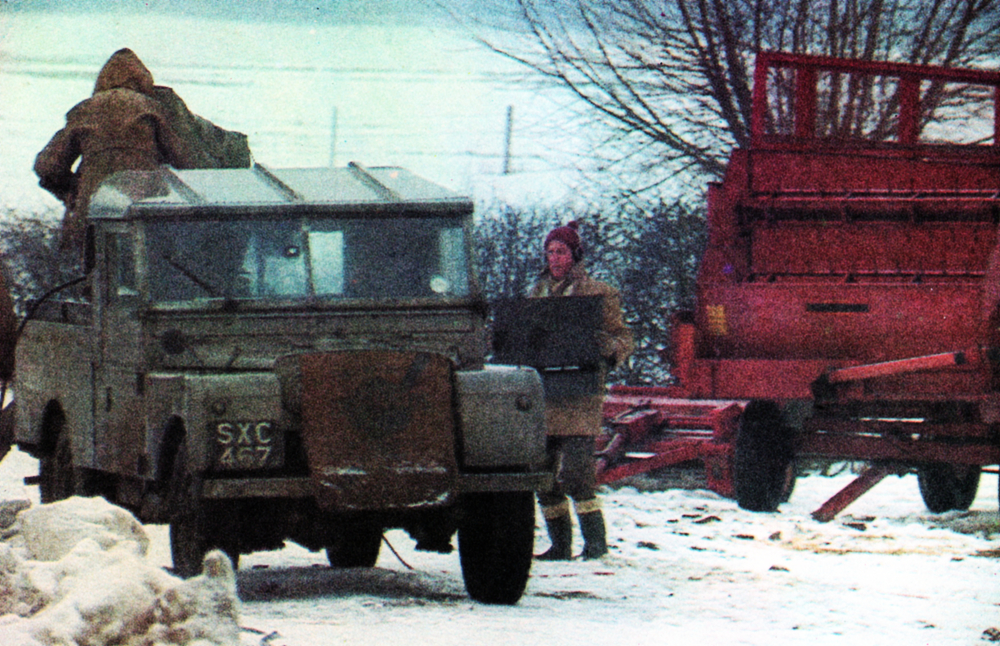 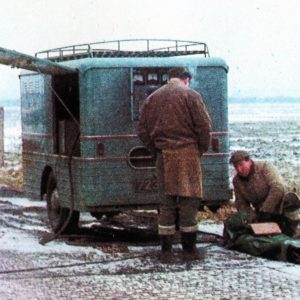 The show must go on. Travelling with an outside broadcast unit is like being with the circus. The rigging and de-rigging before and after shows, the long caravan of vehicles… all this reminds you of the Big Top. The same spirit pervades both; whatever happens, whatever the difficulties, the show must go on.

Top: The floor manager holds up a caption card to begin recording. A familiar television scene, acted out in unfamiliar conditions.

Left: Like the circus, an outside broadcast unit needs large supplies of electricity in remote places where they are not always readily available. ABC has the same answer: a mobile generator.

Right: The numbed yet willing fingers of an electrician make a last-minute adjustment to one of the lamps lighting a cattle shed.

The Other Man’s Farm

ABC’s regular series, The Other Man’s Farm, won this year’s Fison Award for the best tv programme on farming. One of the reasons that makes ABC’s programme best is that it goes out to a different farm each week to do a live programme, and to conduct practical demonstrations as well as lively discussions on agriculture.

The cameras are the same as those in a studio, though perhaps fitted with ‘zoom’ lenses; the control suite – a ‘scanner’ – has nearly the same crew; and the radio or telephone ‘talk-back’ link with Master Control holds the unit as close to home as it would have done if it had been just down a corridor. ABC with its weekend contract in the North and Midlands, and a lot of difficult country-including the Pennines-to be crossed, has gained a great deal of experience in operating an OB fleet. The fact that they are now doing more ‘remote’ programmes than any other ITV company, and not many less than the BBC, is a strong pointer to the power they have built into their OB division.

RELATED  ABC and the Fourth Channel 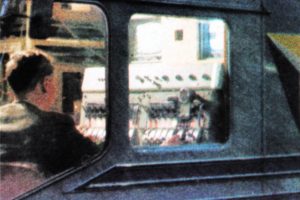 A sound supervisor at his control position beside the driver’s seat of an O.B. scanner. From its base at Manchester, ABC’s outside broadcast fleet travels 200,000 miles to cover over two hundred programmes a year.