The pace grew too much even for Dennis Vance, because he was also busy on other programmes for us, and, restless as ever, he was anxious to launch into filming drama series for television. On BBC Television I had been enthralled by a play imported from the Canadian Broadcasting Corporation, Flight into Danger written by a journalist, Arthur Hailey. Dennis Vance and I made enquiries and found that the producer was Sydney Newman, a man with a reputation for choosing topical subjects and then schooling writers to turn these into television scripts.

Sydney Newman flew over from Canada to have lunch with Dennis Vance and myself at the Ivy restaurant one Christmas Eve and within a few months he joined us at ABC. He built upon the foundation laid by Vance to establish Armchair Theatre as the most distinguished series in Britain’s television drama output, outwitting the BBC at one of its prime achievements, and corralling a mass public audience for Sunday night plays. In the 1959-60 season. Armchair Theatre plays were in the top ten programmes for thirty-two weeks out of thirty-seven. The dynamic and abrasive Sydney had a difficult first year in Britain because the press were suspicious at first of his flamboyant character and his firmly enunciated policy to concentrate on original writing for television. He declared that he would choose contemporary subjects, act as midwife to new writers, produce new directors, and change the course of British television drama. All this he accomplished. At subsequent press conferences the television reviewers began to turn up with their pockets bulging with their own playscripts, to be left behind for the maestro to read.

After two years of Armchair Theatre it became increasingly difficult to induce the stars we needed to travel to Manchester, particularly if they were working in the West End and had to make an overnight journey. By then, too, videotape recording was changing the whole way of television life, enabling us to record plays and reduce the hazards of live performance. Considerations like this made us decide that the time had come to transfer some of our major productions to London, with Manchester studios continuing to be the heart of our live television operation. In November 1958 I inspected the empty film studios of Warner Brothers, at Teddington, near Twickenham, in Middlesex, and recognised at once that the compact four acres of buildings would be exactly right for television conversion. Within four months the staff moved in to produce Armchair Theatre at its London base.

Already we had gained a reputation for excellence in design, mainly through the efforts of Timothy O’Brien, recruited from Rediffusion. (He became Associate Designer for the Royal Shakespeare Theatre.) Awaiting Sydney Newman in our Drama Department were such capable directors as Philip Saville, George More O’Farrell, John Nelson Burton and Ted Kotcheff, the young Canadian I had taken on after he had come to England to direct one play for us.

Sydney Newman soon began to team his directors with the writers he had commissioned. Harold Pinter, Angus Wilson and Alun Owen wrote their first television plays for ABC. Clive Exton brought us his third play and became one of our earliest contract playwrights. Peter Luke and Irene Shubik learned the trade of script editors. Other names joined the roster, John Kruse, Ray Rigby, the Canadian writer Mordecai Richler, Malcolm Hulke and Eric Paice. 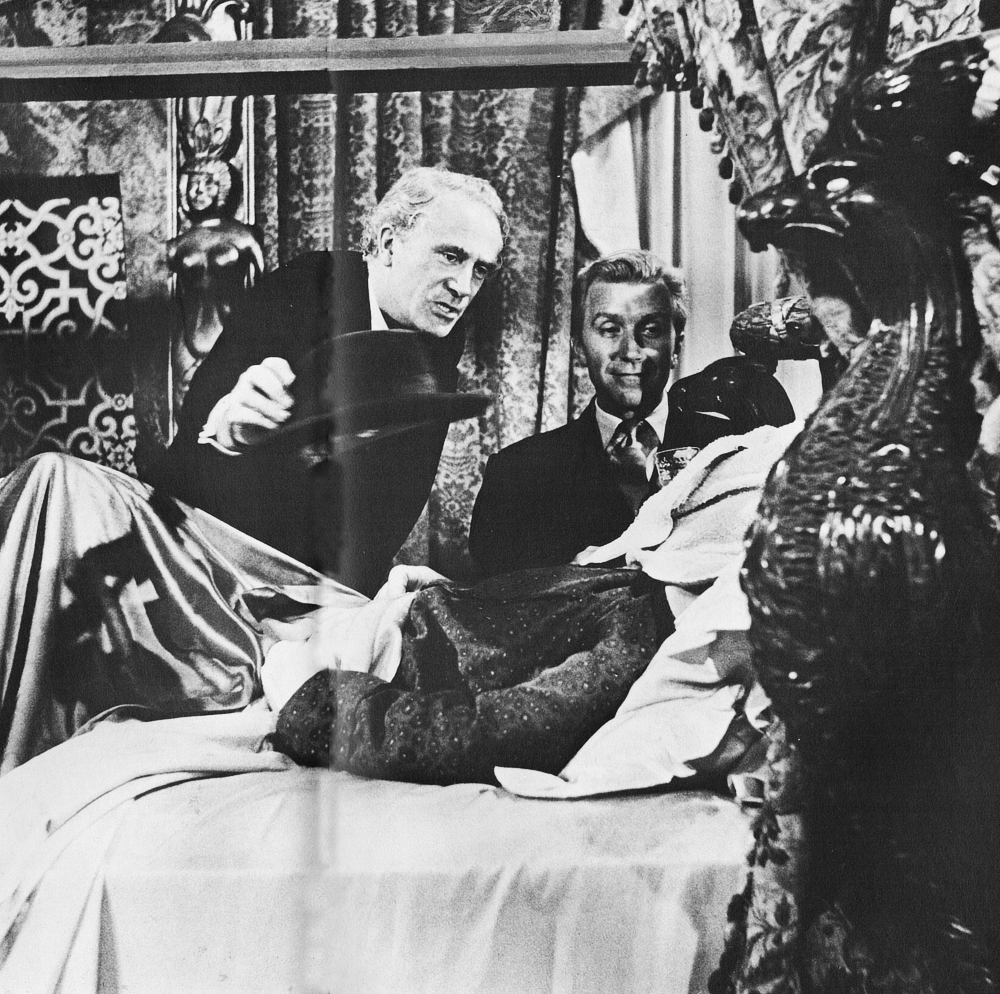 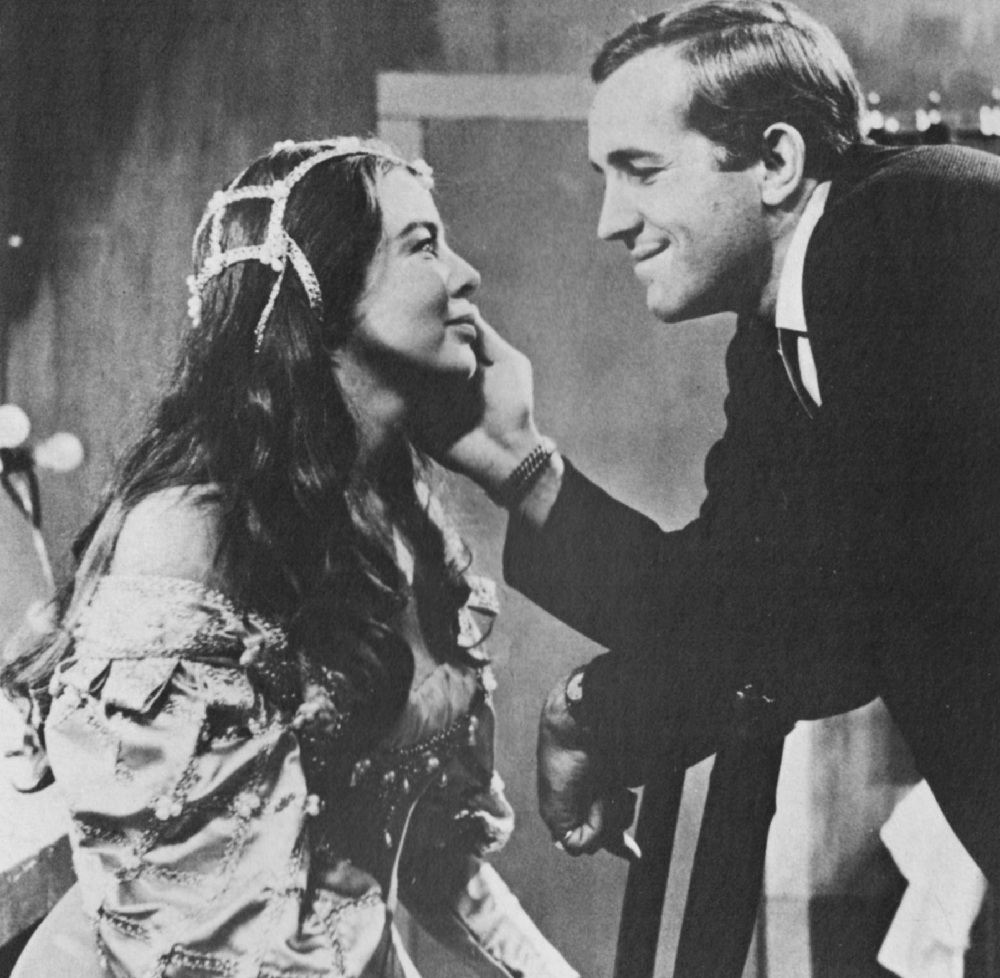 More directors were brought in to match. Newman lured back home to Britain two directors, celebrated today, who were working respectively in Hollywood and Canada, Alan Cooke and Charles Jarrett. We had Harold Pinter acting in his own first play for television, A Night Out, with a cast including Vivien Merchant, Tom Bell and Arthur Lowe, directed by Philip Saville. This domestic satire was broadcast in May 1960 and came out top of the National Top Ten that week.

ABC’s contribution to drama was not confined to television. In those early days, television had borrowed heavily from the theatre, not only actors and directors, but many plays. Now came an opportunity to repay and plough something back in return. We had established an Arts and Sciences Awards Fund, and high on our list were financial contributions to repertory theatres in the North and Midlands. Yet I was concerned because so many of the cheques we handed over to these theatres went into bricks and mortar, paying for seating, bars, and building maintenance. Hardly anything went into the work of a repertory company itself. Therefore I worked out an entirely new scheme for the training of new regional theatre directors, with ABC subsidising the supply of young assistant directors to theatres in our regions, at the rate of six every year.

In the first year of the scheme, 1960, we attracted 190 applicants, all being interviewed by the Drama Department. The twenty most promising candidates were brought to London for the day, first to be questioned by a panel of experts, and then allocated to the theatres, whose directors and chairmen were watching all the interviews, eager to acquire the most suitable young man or woman for their theatre. The chosen six were then given a year’s experience in the theatre, learning about plays, actors, design, lighting, management and box office. No strings were attached to the appointments, and at the end of the year every trainee was free to go into the theatre, television or films. At the time of writing eighty-five trainees have passed through the scheme, which is now run on a national basis by Independent Television. Most of them stayed in the theatre and became stage directors both in Britain and overseas. Some found fame, among them Trevor Nunn as director of the Royal Shakespeare Company, Kenneth Loach as a film director, and John Cox, opera director at Glyndebourne.

Tags: A Night Out Armchair Theatre Sydney Newman
Categories: With an Independent Air