Television personalities are made, not born. That is the belief of ABC, who have set up a committee to find prospective TV personalities and build them into stars of the future.

To do it ABC will use all the many resources of this young but go-ahead company, as well as those of the powerful organisations with which it is associated.

So far they have three pupils. Top of the form is a girl who has made a big name for herself since she joined ABC — Joan Edwards.

She first said “Hello” to viewers in Number Please, then created for herself a growing audience in that breakfast-time programme, Housewives Call the Tune, in which she performed such homely chores as washing dishes and darning socks between playing gramophone requests.

Next she proved how well she could sing and dance in the Joe Loss Show, and this summer she is showing another aspect of her versatility by her breezy interviews in Holiday Town.

Pupil Number Two is Bob Hatch, who got his big break in show business after thousands of viewers throughout the North and Midlands had voted him winner of the long-running Bid For Fame contest.

But even if he had not pulled off the top prize, Bob would still have been invited to join ABC’s exclusive training school.

His earlier appearances in Bid For Fame were seen by company executives who earmarked him as a boy who, given a helping hand, would go places.

Both Joan Edwards and Bob Hatch have already proved that the confidence ABC are placing in them is justified. Producer Reynolds — he has been in TV since its opening day in 1936 — told me:

RELATED  The girl who makes up the stars

“To get two artists like Joan Edwards and Bob Hatch in one year is out of all proportion.

“I have been watching Joan develop since she came into this company, and there is no greater joy for me than seeing her holding her own with more experienced artists.”

Baby of the class is 20-year-old Julie Stevens. She is another pupil who caught the eye of Howard Thomas while appearing in Bid For Fame.

“I decided to give her an audition,” he told me. “Dennis Vance and I tried everything on her. It was formidable, but she came out smiling.”

Explained Julie: “I was interviewed in front of the camera. Then they gave me a piece to announce without letting me see it first. And afterwards I was told to pretend I was telling my boss I was giving up my job — and make it sound funny.”

“The result,” said Howard Thomas, “was that we gave this unknown girl a contract. Now, to get her used to cameras, we are putting her in everywhere. She doesn’t always get a credit, but she comes bobbing up in one programme after another.”

Julie’s future is still undecided. “So far, we don’t know what she is going to do,” Mr. Thomas said, “but we believe she has the sparkle of a true TV personality. How do we make her into a personality? Well, first she has to be trained the hard way.”

To learn all she can about TV production and technique, Julie has been helping in many different programmes. She has been behind the scenes in Holiday Town, making brief appearances in crowd scenes or demonstrating in advertising magazines. One day I saw her with make-up only on her hands and arms. “That,” she said, “is all viewers will see of me today.” She was off to hold a booklet in front of a camera.

Said Reynolds: “From now on, we shall be studying Julie, Joan and Bob to see which way they ought to go, as it might take two or three years to get them on the right lines and doing the job for which they are best suited.” 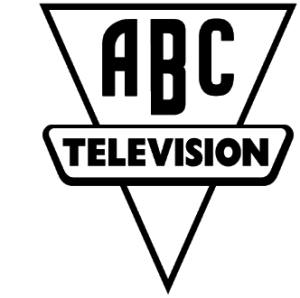 But while ABC is determined to give Joan Edwards, Julie Stevens and Bob Hatch the best opportunities ever offered up-and-coming artists, they, on their part, know they will have to put in plenty of hard work to make this unique training scheme a success.

Derek Meakin was a features writer for the TVTimes