The companies’ first scramble had been to get on the air. All the days of every week were needed to get studios into shape, to move up in the priorities line for equipment, and to take on staff by the hundred, even before the all-important question of what actual programmes to produce had been finalised.

Each of the four contractors had individual problems. One of mine at ABC was how best to provide a two-day service, limited to fifteen hours of studio programmes but stretched beyond that by the permitted use of outside broadcasts and religious programmes.

Saturday was inevitably an eyeball-to-eyeball confrontation with the BBC at its entertainment best, with no current affairs or equivalent ‘soft spots’ in their schedules. The officially limited hours of broadcasting meant that Saturday afternoons could only be filled by outside broadcasts, which entailed the provision of three to four hours’ coverage of sporting events on the calendar and called for three mobile units in the North and Midlands, reinforced by ATV’s two units in London. At best we could only hope to break even with the BBC and its highly experienced mobile units scattered over many regions, and against the Corporation’s long-established contracts with sports promoters. 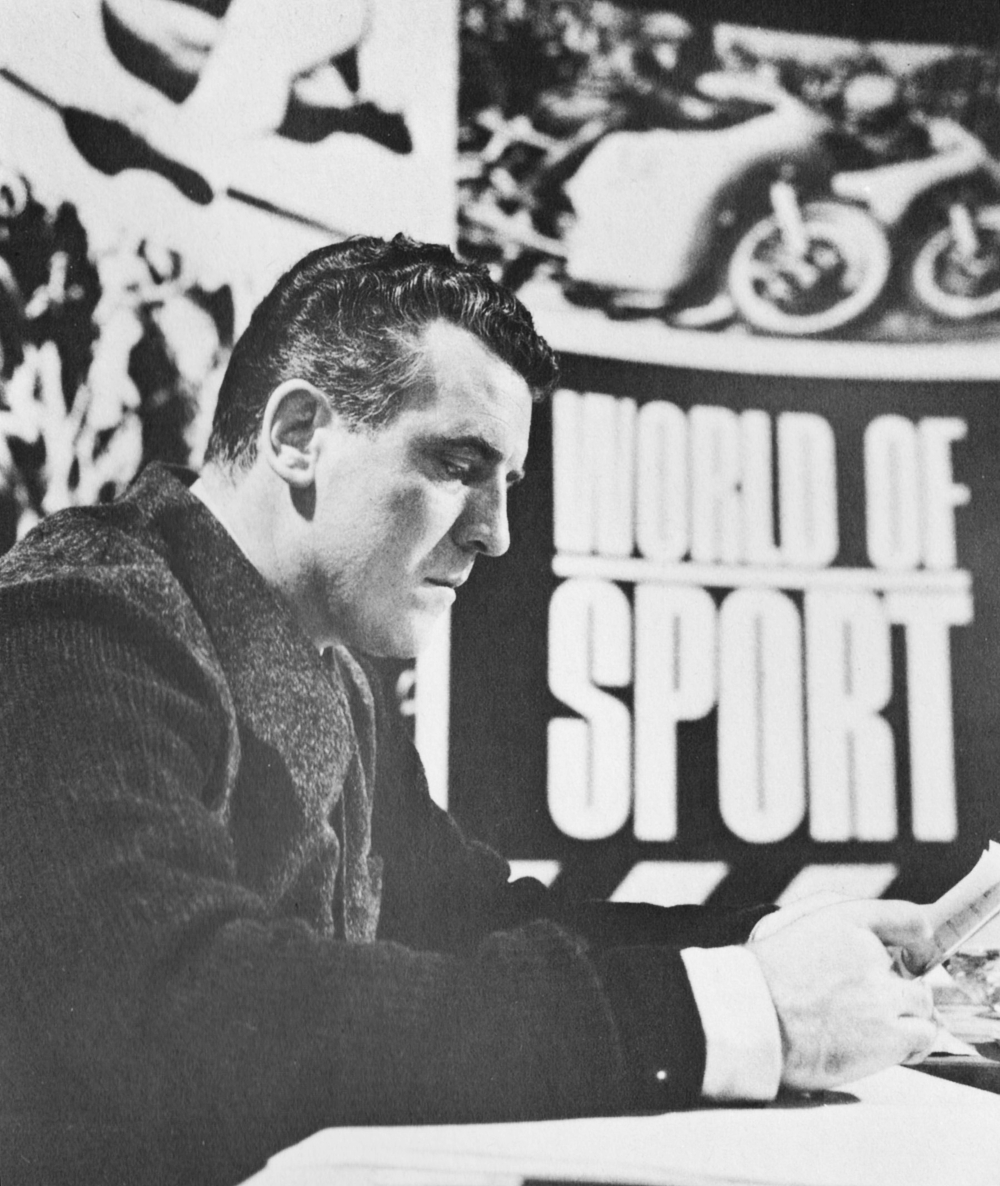 Nor did Saturday sport have much appeal to advertisers, whose marketing interest was mainly in women – at that time women were minority audiences for sport. To attract women viewers we eventually introduced all-in wrestling and this muscle-flexing was placed strategically at 4 p.m. to amass audiences for the studio entertainment programmes beginning at 4.30 or 5 p.m. Many other devices were tried, without much response, to entice women to the sporting afternoons, including health and slimming exercises for women, with Birmingham housewives in the studio being put through a keep-fit course by the handsome ITN newscaster, Huw Thomas. Gradually we strengthened the programme until it grew up into World of Sport with Eamonn Andrews as the central figure, who already had a considerable following on radio sports programmes.

Then began the contest for the Saturday night audience. Father had to yield the switch to the rest of the family, and my calculation was that if we could attract the battalions of teenagers before they went out on their Saturday sprees we could then hold on to mother and the rest of the family. A young producer, Jack Good, who had been working for the BBC, brought into my office a new formula for pop music, complete with drawings and a model of the elaborate set he wanted to use for a most lavish show, with bands, dancers, pop groups and singers. This was Oh Boy!, an instant hit with its intended audience, although little more than a curiosity for older viewers. Many young stars were launched on their television careers here, like Cliff Richard (twenty-five guineas was his first fee) and we followed up with other shows in this idiom. We once made the mistake of taking the casually dressed Marty Wilde and transforming him into a debonair young man with clipped hair, with a corresponding loss of audience.

We changed the pattern and broadened the appeal of our Saturday programme by bringing in Philip Jones to produce Thank Your Lucky Stars, a visual disc-jockey presentation, at Aston Studios, Birmingham. This ran for years and was an early launching pad for many young performers such as the Beatles, the Rolling Stones and Gerry and the Pacemakers. Starting from here Philip eventually became our Director of Light Entertainment and perhaps the most consistently successful television producer of light shows.

The peak hours of the week for ITV were achieved on Sunday evenings, when ATV’s Sunday Night at the London Palladium was followed by the only weekly play series then on British television, ABC’s Armchair Theatre and still the best remembered. Our plays began in July, 1956, with The Outsider, with Adrienne Corri, David Kossoff and Raymond Huntley, and was produced under the most adverse conditions in our newly converted ABC Didsbury theatre in Manchester. Casts were assembled and rehearsed in London, then brought by train to Manchester on Saturdays. Because the studio was occupied all day on Saturday only Sunday remained for rehearsing with cameras and sound, culminating in the live transmission at nine o’clock. Then the actors would dash to the station for the overnight sleeper back to Euston.

This chapter could be filled with the comic and sad stories of those crowded Sundays: Ted Kotcheff trying to produce an elaborate version of Emperor Jones with stage hands visibly holding up the scenery; actors being pulled out of the pub across the road to come in on their cues; the evening I stayed at home for once in Gerrards Cross to watch an Armchair Theatre production and was rung up by the General Manager, Gerry Mitchell, crying, ‘One of the actors has just died and is lying on the studio floor; what shall I do?’ and I could only answer – ‘Get him out of the picture and get on with the play.’ Somehow the other actors filled in the missing lines but the end of that play must have been even more perplexing than usual. There was the night when we had Sarah Churchill acting in The Heiress and afterwards, with a few of us in her bedroom at the Midland Hotel, she sprawled on her bed to telephone to ‘Daddy’ and bask in his vociferous praise.

The establishment of Armchair Theatre was a fine accomplishment by Dennis Vance. Not only did he choose, produce and cast the plays but he directed many himself. There was much enterprise and boldness: Gracie Fields in her first play The Old Lady Shows Her Medals; Mai Zetterling and Tyrone Power in Strindberg’s Miss Julie; Hugh Griffiths in a play commissioned from J.B.Priestley, Now Let Him Go; Ann Todd in Lady of the Camellias; Franchot Tone, Susan Strasberg and Ann Sheridan in Philip Saville’s television version of Saroyan’s The Time of Your Life.