With ABC established as a leading company in drama and with the largest and busiest outside broadcast department in ITV it was still necessary to improve our studio light entertainment. The mobile shows like David Southwood’s Holiday Town were very much a drum-banging and public relations exercise, touring our regions, with McDonald Hobley signed up from the BBC (at a then sensational fee of £100 a week) to introduce seaside beauty queens and muscle-men contests, to the lively music of Joe Loss and his Orchestra. 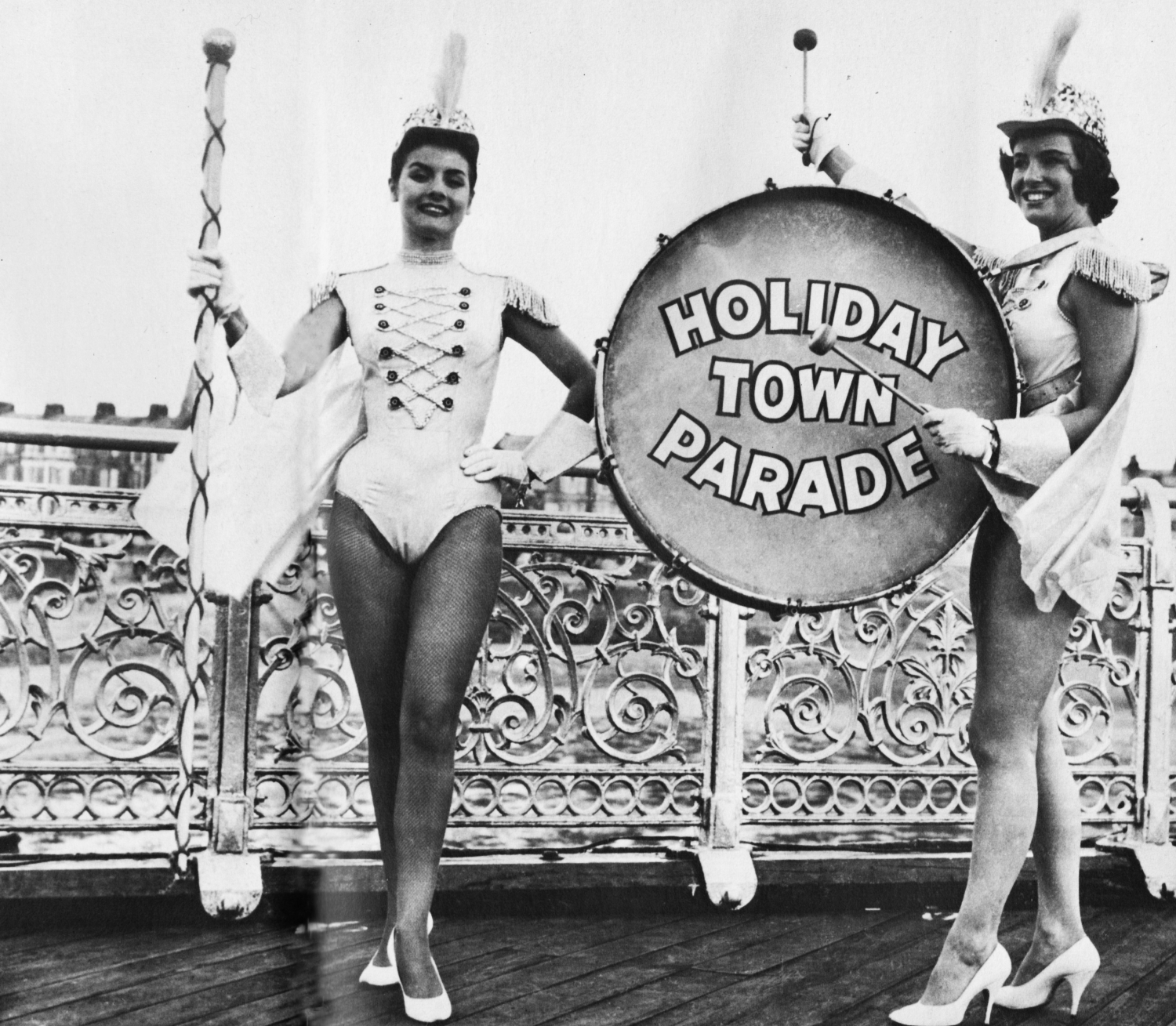 We were still experimenting with entertainment and many unpretentious new programmes were tried out, like Dickie Henderson in a new-talent show. Bid for Fame, and Number Please, with viewers telephoning Ray Ellington and his band for request tunes, but we had not yet reached the highest professional standards in producing variety shows and situation comedies. Perhaps this was why ATV were unwilling to network our light entertainment into London and why Val Parnell continued to urge me to contract out to his company the provision of our light entertainment. There was one comedy series which they flatly refused to network, simply on the grounds that they had no room for it in their London schedules. This format proved to be the predecessor of many successful sophisticated television shows and was indeed more suited to London audiences than any other region. Called After Hours it was a late-night revue, directed by Dick Lester, before he became one of Britain’s leading feature film comedy specialists. Michael Bentine headed a zany cast which included Dick Emery and Clive Dunn. It was one of the funniest shows that London has never seen.

Although ATV’s variety shows were so professional they conformed very much to proven formula; almost their only innovations were American importations, usually in the form of quiz shows. It was hardly surprising that there was restlessness among ATV’s brighter and more ambitious young producers and directors. One day I had a visit from their best variety producer, Brian Tesler, who had won his way to Oxford, been trained by the BBC and was then offered a choice of jobs, out of which he chose to join the Variety Department. He had recognised the new opportunities in ITV and had joined ATV in its early days; but now, after three years, he was ready to make a move. I think he recognised that ABC was the most willing of the programme contractors to experiment and to break new ground. I asked him how old he was.

‘That’s getting on, for a variety producer,’ I said. ‘Isn’t it time you settled down behind a desk, and told the others what to do? Would you like to join ABC as Supervisor of Features and Light Entertainment?’ It was Brian Tesler’s first step towards executive control and it was only a question of time and experience before he became a leader among the programme men of ITV.

Like most of those who decide to abandon the pleasures of directing programmes, Brian Tesler found it difficult to give up the studio floor and the control room, for I had insisted that the new job was so demanding that he would not be able to produce personally any of our programmes. Yet there was one production he wanted to handle, a plea with which I had sympathy, and this turned out to be his first and last for ABC. Sammy Davis Junior had never appeared on a British television programme and we managed to sign him up for his debut in Britain. Brian admired the many skills of Sammy, and this was the show he wanted to produce himself. It turned out to be a difficult production with an exacting artiste, especially when they decided to make part of the show as an outside broadcast from Battersea Park, with Sammy Davis dancing ahead of a party of cockney kids like the Pied Piper of Hamelin.

RELATED  The pace of drama

After long and painful effort Sammy Davis Comes to London looked splendid on the screen, but I had the impression that by then Brian Tesler had no regrets about picking up the baton. Probably he faced such temptation again when we secured the services of Frank Sinatra for his first-ever television performance in Britain, at London’s Festival Hall, but by then he had reliable lieutenants like Philip Jones to whom he could entrust the big assignments.

Instead of being handicapped by the sprawl of our widespread facilities Brian Tesler was capable of turning them to advantage. Just as he had deployed the outside broadcast units at Battersea Park he now began to recruit them for elaborate productions in venues like ABC’s big Blackpool theatre. He recognised the value of responsive North Country audiences, who came out to enjoy being entertained, and used Didsbury studios for shows needing fans out in front, like Hughie Green’s Opportunity Knocks, which Brian Tesler launched. 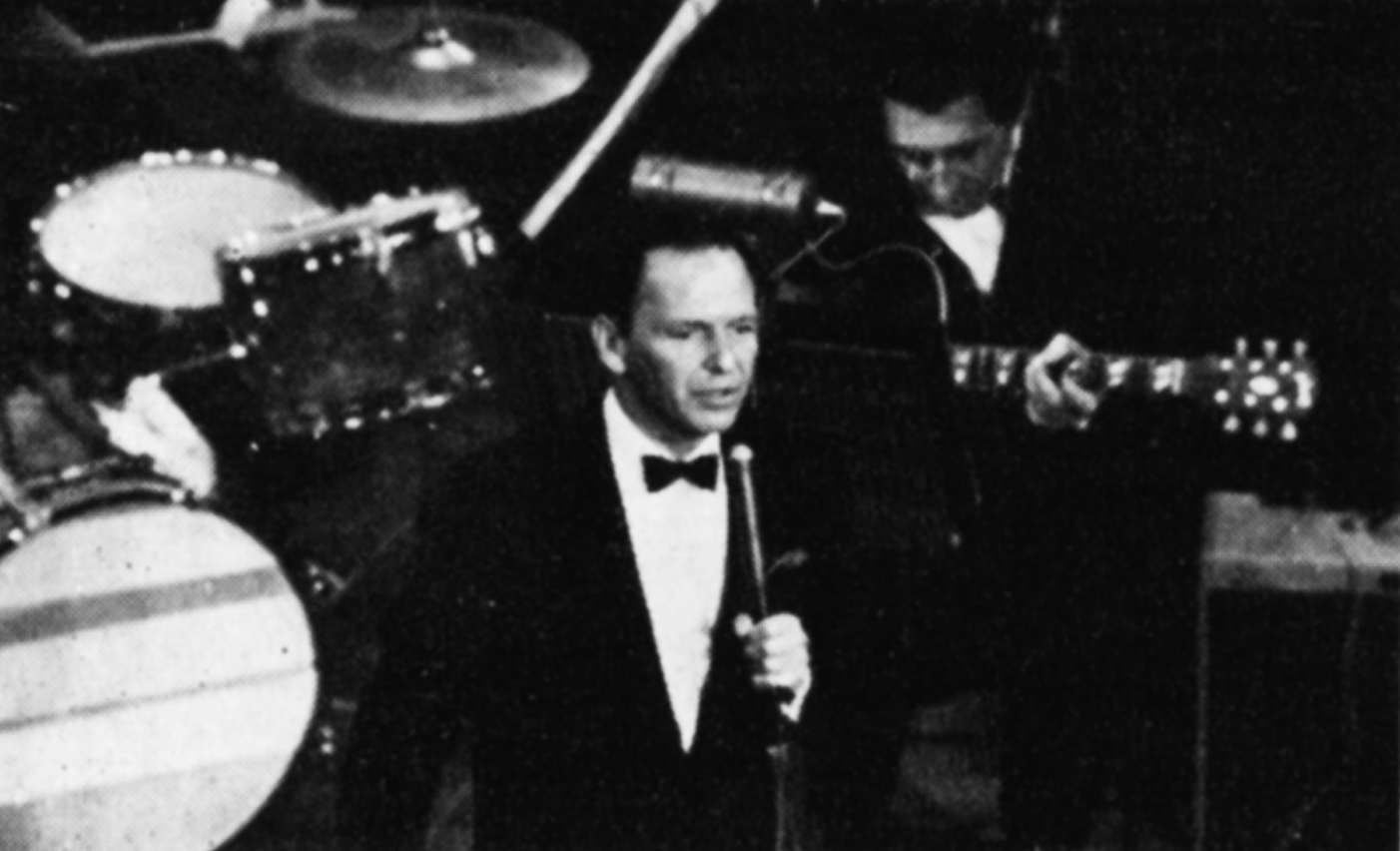 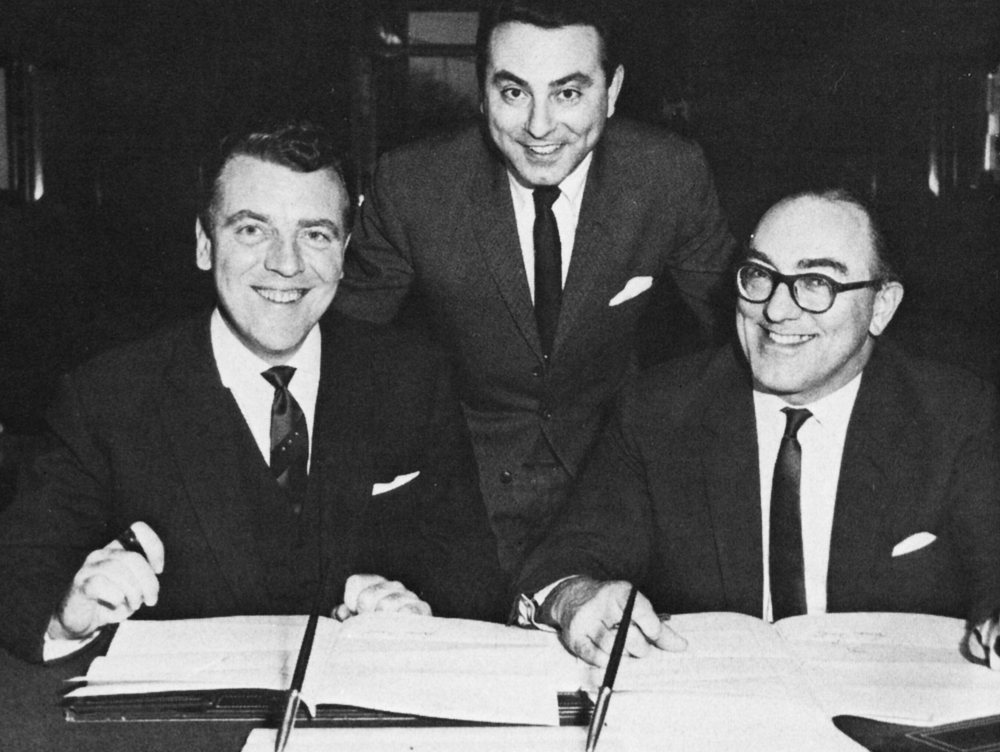 Above all, there were the new Teddington studios which were still being perfected. With Tesler and the gifted engineer, Howard Steele, we had two of the most professional young men in broadcasting working harmoniously together to design studios, select equipment and plan control rooms which were built to the most exacting standards of both producers and engineers. One of the absurdities I had encountered at the BBC had been the wide gap between programme makers and the engineers, the result of early power battles in the Corporation. At ABC I reversed this practice and the close collaboration between Tesler and Steele was the key to such integration throughout our company, with the result that Teddington studios became a showplace for the ITA.

Producers and engineers were able to tackle problems together, coming up with such innovations as the press-button panel to provide instant special effects (dissolves, wipes, mixes, geometric designs, etc.) which in the film processing laboratories used to take so long and cost so much. Again, when I asked for a method of separating speech tracks from videotape recordings so that we could dub foreign-language versions, the engineers developed the Medway system now used universally. The Teddington engineers’ greatest advance, though, was achieved in colour television, as a result of which Britain gained a world initiative in colour development. From the moment we took over and planned Teddington studios every technical operation was designed with colour in mind, even though it then seemed far away.

At one time the United States had been ahead of Britain with their NTSC system. I had been to New York to see some of the early CBS experiments, particularly the mechanical colour wheel, but ultimately RCA and NBC produced the system which all the networks adopted. BBC engineers had made many trips to the American networks and to the electronic colour laboratories at Princeton and elsewhere, and they seemed to have settled un-questioningly for this same system to be adapted to British 405-line standards.

The new generation of British television engineers was not so complacent. Our trio of Greenhead, Steele and Samson sought permission to explore alternative colour systems which were under experiment in France, Germany and Russia. As early as 1961 Teddington produced the first videotape recordings of the new French SECAM 625-lines colour television system. A month later we offered the first public demonstration of a live colour television studio, and ABC provided the colour cameras, lighting and production crews and programmes, in collaboration with GEC, and using both the American and the French systems. In March 1962 the SECAM (French) signals were networked from Teddington to Birmingham and to Manchester for compatibility trials and in June that year we were able to provide signals for the ITA’s first colour broadcast and the world’s first high-power transmissions of SECAM colour. Soon we were demonstrating the latest developments to the European Broadcasting Union and, in April 1964, we gave the Technical Sub-committee of the Government’s Television Advisory Committee (on their first ever visit to an ITV studio) a demonstration of colour conversion from one system to another.

By then we had begun to develop the German 405-line PAL colour, and in January 1966, we gave the first demonstration of the Russian NIR system.

I soon found that politics entered as much into television engineering as into everything else. The French Government was now trying to sell the merits of its SECAM colour system to the Russians and the French manufacturers asked me if Howard Steele could go to Moscow on their behalf to demonstrate what ABC had accomplished with SECAM. Shortly afterwards I received a discreet message from the Foreign Office suggesting it might be unwise for Britain to become too closely identified with any one colour process. Reluctant for ABC to be a pawn in political manoeuvres I encouraged our engineers to give equal attention to the development of the German PAL, but even without this prompting they were finding already that the PAL system was much more robust than the more delicate French SECAM.

All systems were put to the test in an historic meeting of television engineers in Oslo in May 1966 when ABC Television demonstrated the respective merits of NTSC, SECAM and PAL.

There was an overwhelming preference for the solid reliability of PAL and in the course of time the German system was adopted by Britain, then increasingly in Europe and other parts of the world. France clung doggedly to SECAM and De Gaulle eventually succeeded in selling it to Soviet Russia. The one country which could not make up its mind was Italy and after ten years of wavering the final choice looked like being PAL.

It was surprising that the other programme companies left us a clear field on this experimentation. The prestige of ABC’s engineers was further enhanced in the autumn of 1966, when Teddington staged demonstrations of 405-line VHF PAL colour television on behalf of the IT A to members of Parliament, representatives of the national and technical press, executives of the BBC and ITV, and senior staff and engineers of the GPO.

The final decision to adopt PAL for Britain was taken immediately after a live programme in this colour process had been transmitted from Teddington to the Authority’s headquarters in Brompton Road, for the benefit of the Postmaster-General and his expert advisors. Enthusiasm for colour spread throughout ABC and as the final stages of the programme contract drew to a close ABC was not only years in advance of the other companies’ engineers but the programme department had also been able to gain practical experience of the new colour requirements of lighting, design and costume.