The 1964 contract renewal won, Howard Thomas explains what ABC will be doing for the next three years

The new three-year contract with the Authority, effective from August 1st 1964, gives us for the first time an opportunity to plan our productions for at least two years ahead. Now we have a clear idea of the amount of programmes and the kind of programmes we shall have to produce, and the task is to fit these into the facilities we have available in our Studios and O.B. Units. 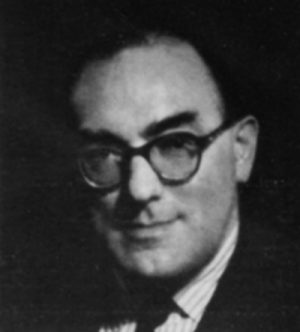 We know, though, that we have to avoid slumping into a rut by merely continuing our existing programmes. The challenge is to find new ideas and programmes that will eventually replace even the most successful of our current productions. As you will know well enough from your own experience, a successful programme is rarely a flash in the pan, but generally the result of painful and painstaking work over months and sometimes years. So the task is to maintain and improve our present productions and yet simultaneously create new programmes.

The new Network Programming plan continues the situation whereby the four major companies provide the bulk of the national programmes. The change is that ABC will contribute a higher percentage of the weekend programmes and will strengthen its position on the network.

First of all we shall make more ARMCHAIR THEATRES. Instead of alternating the Sunday plays fortnightly with ATV we shall produce two out of three.

THE AVENGERS will be “rested” until the end of the year: (It is physically impossible to produce a first-class programme every week and many preparatory months have to be spent on scripts and putting a good number of shows “in the bag”). Yet we have THE AVENGERS slot to fill on the network and that means one or perhaps two new one-hour programme series to get into shape. We piloted SCANDAL, then decided not to proceed with it. Now we are launching a new series called THE PROTECTORS. Intensive work is taking place on other subjects and probably we shall be making pilots of new series ideas at Didsbury.

ABC was already well established as a force in Drama, as we were in Religion. Our latest breakthrough has been on Light Entertainment, and it is heartening to see BRIAN TESLER’s work reaping its rewards. THANK YOUR LUCKY STARS has climbed over JUKE BOX JURY to the very top and everyone will have been pleased to see this show chosen as Britain’s ITV entry for the Montreux Festival.

Then BIG NIGHT OUT has continued to improve and it was a proud night for PHILIP JONES when “B.N.O.” swarmed over the weekend barriers and became a London weekday Top Ten show. Then this summer we shall have another ABC variety show on the network, replacing the Palladium show on Sunday nights. This will be BLACKPOOL NIGHT OUT, our biggest effort yet in Light Entertainment.

TEMPO has also come up well and on page 43 of its official handbook “ITV 1964” the Authority describes this as “the major constant feature dealing specifically with the Arts.”

Our Religious programmes have brought us high prestige and we have made a good start in Adult Education.

In colour, too, ABC has pioneered the French SECAM system, and throughout Europe ABC is regarded as the leader of colour television in ITV.

This sounds a complacent piece but it is not intended to be written in such a vein. This is an assessment of where we have reached, and a reminder of how hard we shall have to work to continue the progress of the past year, our biggest year ever.

At ABC, we have the resources, the people, the ideas, the experience, the initiative — on to the 7-day week!