TVTimes talks to Janice Willett, producer of ABC’s State Your Case, in 1957

AN attractive girl we never see on our screens is Janice Willett. But what we lack visually is made up in production technique — for, at 25, Janice Willett is one of the few women producers in TV. 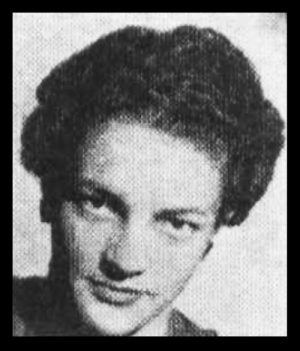 As producer of one of ABC TV’s top shows, State Your Case, Janice looks forward to February 17. On that date this new and novel programme is networked for the first time.

“It will be a tremendous thrill for me,” said Janice. “My friends in the South at last will be able to see the show I have been telling them about for weeks past.”

With a huge weekly postbag, Janice expects this to assume even greater proportions with the addition of southern viewers. A great part of her working week is occupied reading hundreds of letters from viewers who all want to state their case in the hope of winning £100 [£2,380 in 2018 allowing for inflation].

Postcards, too, sent by viewer-judges roll in by the thousand. The first programme produced 1,000 replies. This has grown steadily each week until one programme last month brought in 12,000.

“I can’t get through all the correspondence during office hours,” said Janice. “It means I have to carry sheafs of letters everywhere.

“I read every letter thoroughly. After the first paragraph I just have to carry on. Many of them are moving human documents.”

In the short history of State Your Case every conceivable kind of claim has been put forward. Parents have applied to win money to visit their children abroad. Young married couples need deposits for houses and all sorts of would-be financiers want the £100 to float business ventures.

“Of course,” said the young producer, “we have naturally had a few people ‘trying it on.’ Probably the biggest example was the convincing letter from an ex-convict.

“He told us his house and furniture were being taken away from him because of non-payment of instalments. But we investigated and found that the man, although he had been in prison, wasn’t married and wanted the money to start a street bookmaking business.”

It is less than a year since Janice began producing.

Her yearning for the entertainment profession began when she was 12. She applied to Emile Littler for a dancing audition. She was successful, but her headmistress was against any of her “young ladies” going on the stage.

It was a very sorry Janice who was then persuaded to give up the idea. But, continuing her drama and music studies, she took a secretarial course and joined the BBC.

She became secretary to Michael Barrie, head of BBC TV drama, and eventually joined Dennis Vance as his personal assistant. When Vance left the BBC, so did Janice.

Before joining ABC TV early in 1956, she worked with Vance at Highbury Studios on such shows as Theatre Royal and TV Playhouse.

At ABC TV Janice worked as production assistant on Moment of Fame and on various children’s programmes. After Vance had joined the company she helped him to organise ABC’s drama department, before being launched as a producer in her own right.

Janice has quickly steered State Your Case into a top show. She finds it exciting and stimulating.

After all, what other programmes produce the kind of request she received from a man who wanted £100 to help him build a rocket ship to fly into outer space?

Site editor Russ J Graham adds: This article notes the close friendship between Janice Willett (married name Janice Serjeant, later Janice Kay) and Dennis Vance (1924-1983). In 1960, Vance suffered a nervous breakdown and became obsessed with Janice. He began stalking her, helped by them both working at the Teddington studios and living nearby each other.

On 11 April 1961, Vance asked Janice to go to the theatre with him. She refused and he became hysterical, threatening to kill himself. That night she went to a friend’s flat in Knightsbridge, where Vance also turned up. She tried to leave, upon which Vance tried to throw her down the stairs. He grabbed her by the throat, leaving bruises, then found a knife and brandished it. Janice’s friend tackled him and removed the knife and Janice fled to her parents’ house. Vance followed, throwing stones at her window until chased off by Janice’s father.

As she drove to work that morning, Vance ran her off the road, got out of his car and produced another knife. She calmed him down – press reports at the time don’t state how she managed this superhuman feat – and he drove off. But he had stolen her briefcase and handbag from her car.

At the ABC Teddington studios that afternoon, Janice’s mother came to see her to check that she was alright. They settled down in her office to tea and cakes from the catering trolley. Vance appeared at the office door, sarcastically saying “Oh, how lovely, we’ll have a tea party”. He produced yet another knife, saying “this is for you” and cutting her hand. Her mother tried to stop him, but Vance knocked her down. Summoned by the commotion, a colleague entered the room and tried to take Vance down. Janice and her mother made a run for it, the colleague trying to protect her and get her out of the door.

But the tea trolley was still in the corridor outside the office and they tripped over it. This gave Vance his chance and he stabbed her in her left shoulder before running away.

In the magistrate’s court later that month, his lawyer talked up how pathetic (and thus somehow sympathetic) a character Vance was, to apparent general agreement in the room. Vance was sent to the Crown Court, where there was even more sympathy for him, with the arresting officer, Detective Sergeant Gibbs, insisting that Vance was a man of excellent character.

A psychiatrist testified that with a guilty plea and two to three months committed to the St Luke’s Hospital, Vance would soon be well again. The judge, satisfied that this really wasn’t Vance’s fault, gave him three years probation, of which the first year, or until he was cured, should be spent in the mental hospital.

Sacked by ABC, he was back producing drama for ATV by early 1962, and was employed by Thames when they opened in 1968. His career in television remains celebrated to this day. Janice, meanwhile, left ABC in 1962 to work for the Central Office of Information and very little information about her later life is known.

Stueart Hynd was a feature writer for the TVTimes