My idea of making up is like every other woman’s. There’s a shade for night and day and a different lipstick for various coloured dresses. But working at ABC’s Didsbury studios is a petite, dark-haired girl whose knowledge of make-up is far more complex.

She is Lee Halls, head of the studio’s make-up department.

For her, those practically indistinguishable differences in makeup colours become subtle changes in black and white. With a team of four assistants, she makes up all ABC stars. Some she has made up many times.

This, I assumed, would be easy. But Lee quickly denied that: “I can’t take a note the first time I see an actress and never look at her again.”

Then Lee told me why: “Mary Peach has just come back from a holiday in Kenya. She is darker than usual. I have to counteract that with make-up.

“In one play, Patricia Heneghan may be wearing a light blouse; in a second, a blue dress. That can make a change in the make-up colour she wears.”

The lighting used for a production can make a difference. A bright, clear light beats down on Billie Whitelaw in the Time Out for Peggy series. If Billie were to appear in a dramatic play, the lighting —and also the make-up — would be different.

Even though many of the sets in this series are the same, Lee has to sit through all rehearsals, watching a monitor in the control room. By making many notes, she decides what type of make-up to give the players. Her selection is governed by the tiniest things: she will even notice what kind of background the actress stands against for one shot.

“It is surprising what a difference small things can make. Elizabeth London wore a pair of flashing earrings, during a rehearsal for Let’s Go Shopping. Half-way through she took them off, and immediately her face seemed darker and she needed a new kind of make-up,” said Lee. 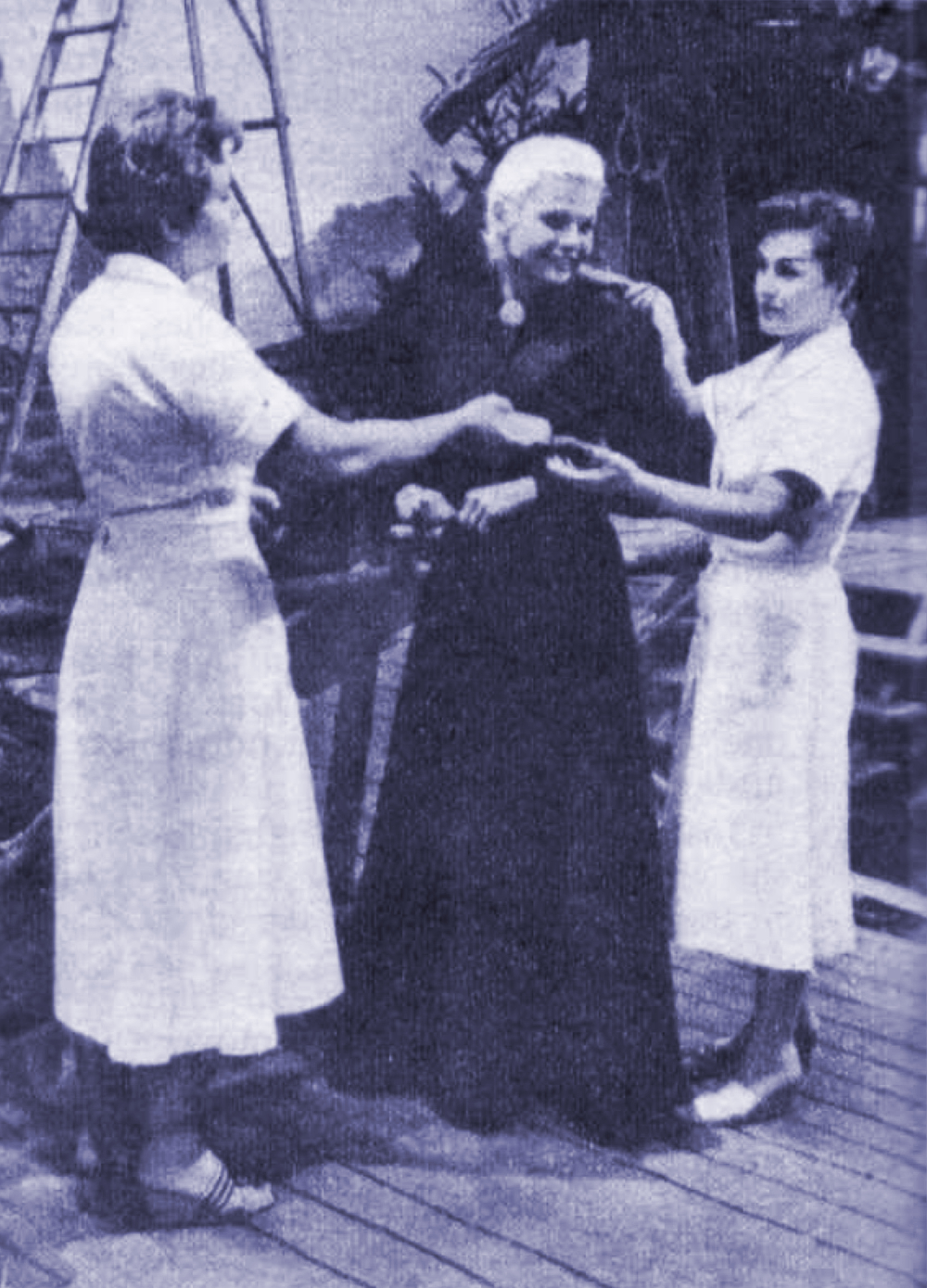 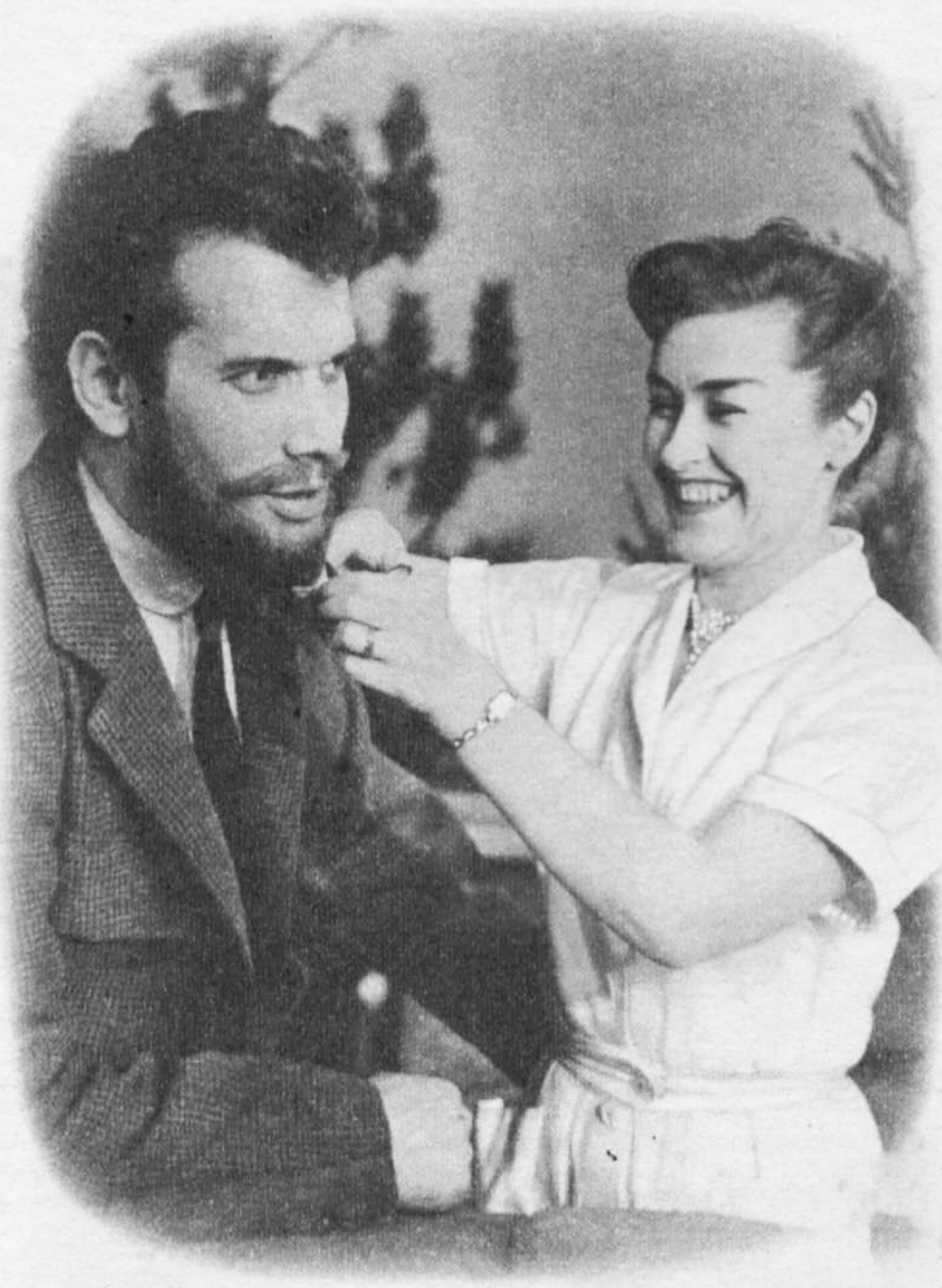 Neil McCallum has his beard fixed 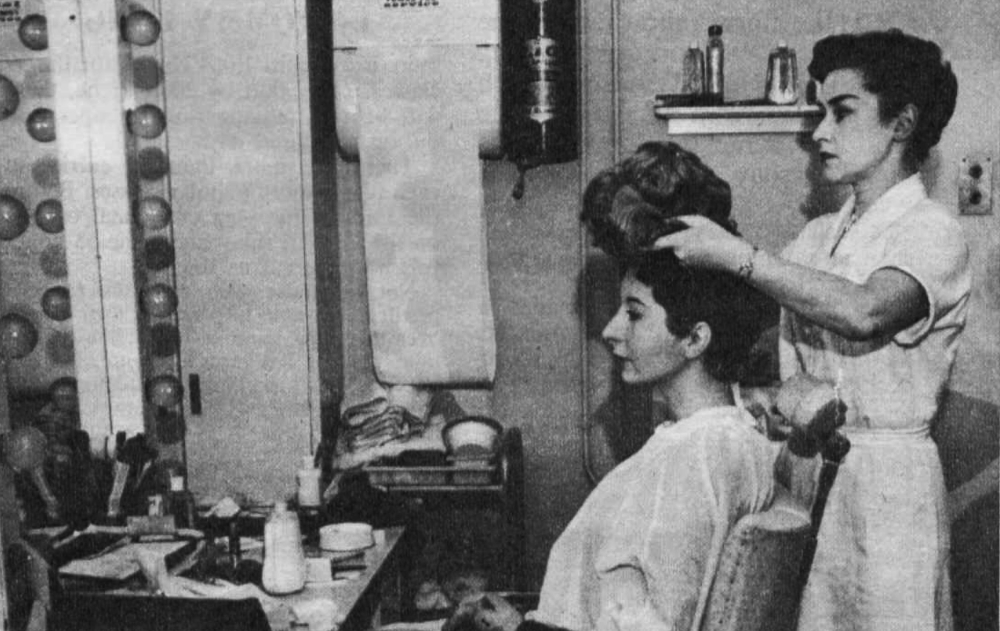 Patricia Heneghan tries on a wig 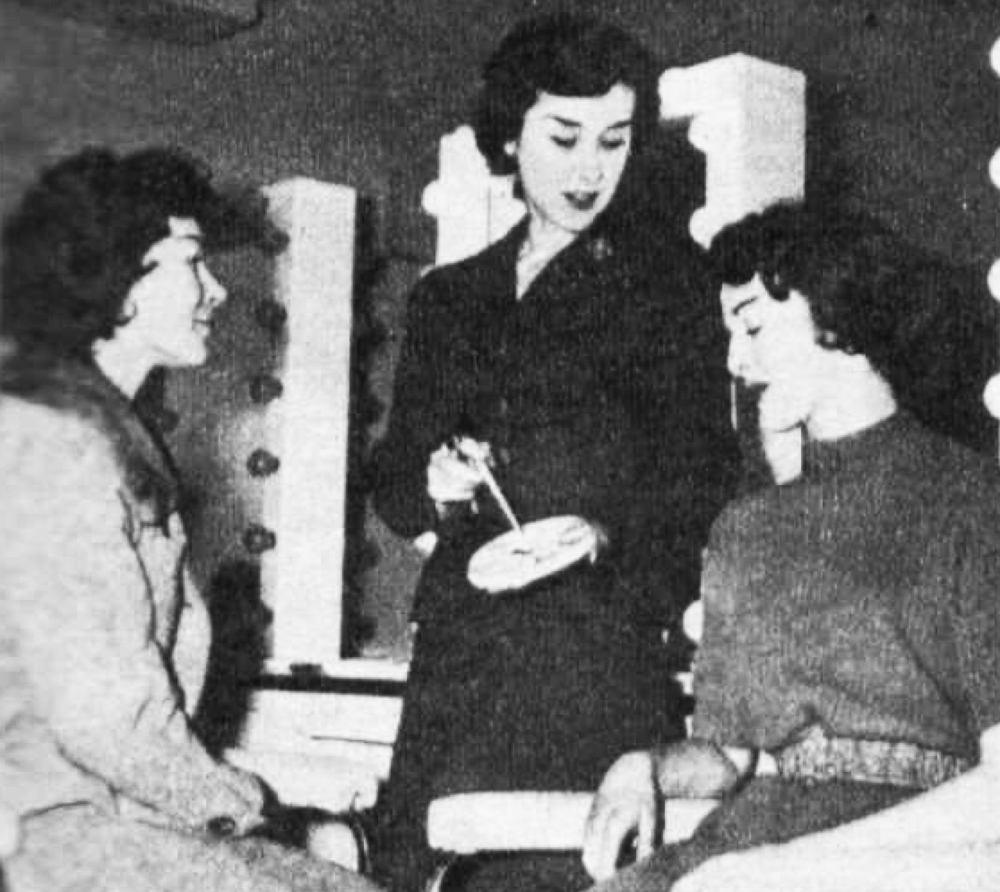 A straight glamour make-up for a woman takes Lee 20 minutes. Men can he made up in less, for some need only a dab of powder. But men have given Lee some of her greatest problems.

“I usually have to make Neil McCallum look younger,” she said. “The other day, I had to make him look older and give him a beard.”

Having watched Lee working, I know that putting on a beard is not simple, but she has done things that have made me gasp at her artistry. A piece of string — hidden by sideburns — gave a handsome actor a cauliflower ear for a boxing role.

One of her most difficult jobs was to change Anton Diffring’s unlined features into the face of a 97-year-old man for The Man In Half Moon Street. Three coatings of rubber solution, gauze and wool gave him a sagging skin. It took Lee two hours.

Another Diffring problem was for The One Who Came Back when Anton had to have 16-year-old machine gun bullet scars on an arm. This was done by Lee’s 21-year-old assistant Jean Mackenzie. To help her, Edith Gibbon of the medical illustrations department of Wythenshawe Hospital, Manchester, spent a morning at the studios to show how it should be done.

Make-up is not confined to the studios. A girl goes out with the outside broadcast teams. Sometimes they go on location.

“That is when notes come in handy,” said Lee. Then, in continuity-girl style, she is able to make sure the make-ups for the live parts of the transmission are perfect.

Lee’s job begins long before the stars get to the studios. She gets her script at the same time as the producer. “I read it to see if special make-up is needed. For instance, if a boy and girl kiss I must remember to seal the lipstick.”

Jean Courtenay wrote for the TVTimes