Sound – as with light – is a basic dimension of all television. Starting with the symbol and mood-setting theme music, it is an integral and indispensable part of the fabric of every production. So its quality must be perfect; its timing exact; its perspective placed precisely.

During the actual ‘transmission’ of most programmes it is gathered together from three sources within the production area; from microphones on the studio floor, and pre-recorded tapes and gramophone records ‘played-back’ in the Sound Control room of the Control Suite. In programmes like Thank Your Lucky Stars – mimed because it seeks the best in sound and vision; the excellence of quality that can best be achieved under the skilfully controlled conditions of a recording studio, and the free movement of artists and cameras unchecked by the limitations imposed by trailing microphone cables and hovering booms – a great deal of the sound is fed from recordings. In feature programmes like Tempo, and drama series like Jezebel-Ex UK most sound comes from the studio. But wherever it originates, it passes through one common point – the Sound Console. Here, ready and balanced, it is held by the Sound Supervisor for mixing with its picture.

And, as with lighting, each sound sequence – carefully rehearsed, timed, numbered – is pre-cued by the P.A, cued by the Director, checked for final quality by the Technical Supervisor.

In their overall planning for a perfect product, ABC engineers give sound as much attention as everything else. Equipment is picked for its flexibility in performance as well as ease of operation; where anything can be done to raise production quality and efficiency, it is done. The following are only a few of the innovations and facilities they have incorporated in the ABC studio centres.

During the building of the new block at Teddington, one rehearsal room was acoustically treated as a site for ‘live’ musical backings, and for the pre-recording of special sound effects. Next to this was built a soundproof control room and announcers’ booth that allows complex dubbings to be made without spilling into busy studio areas. 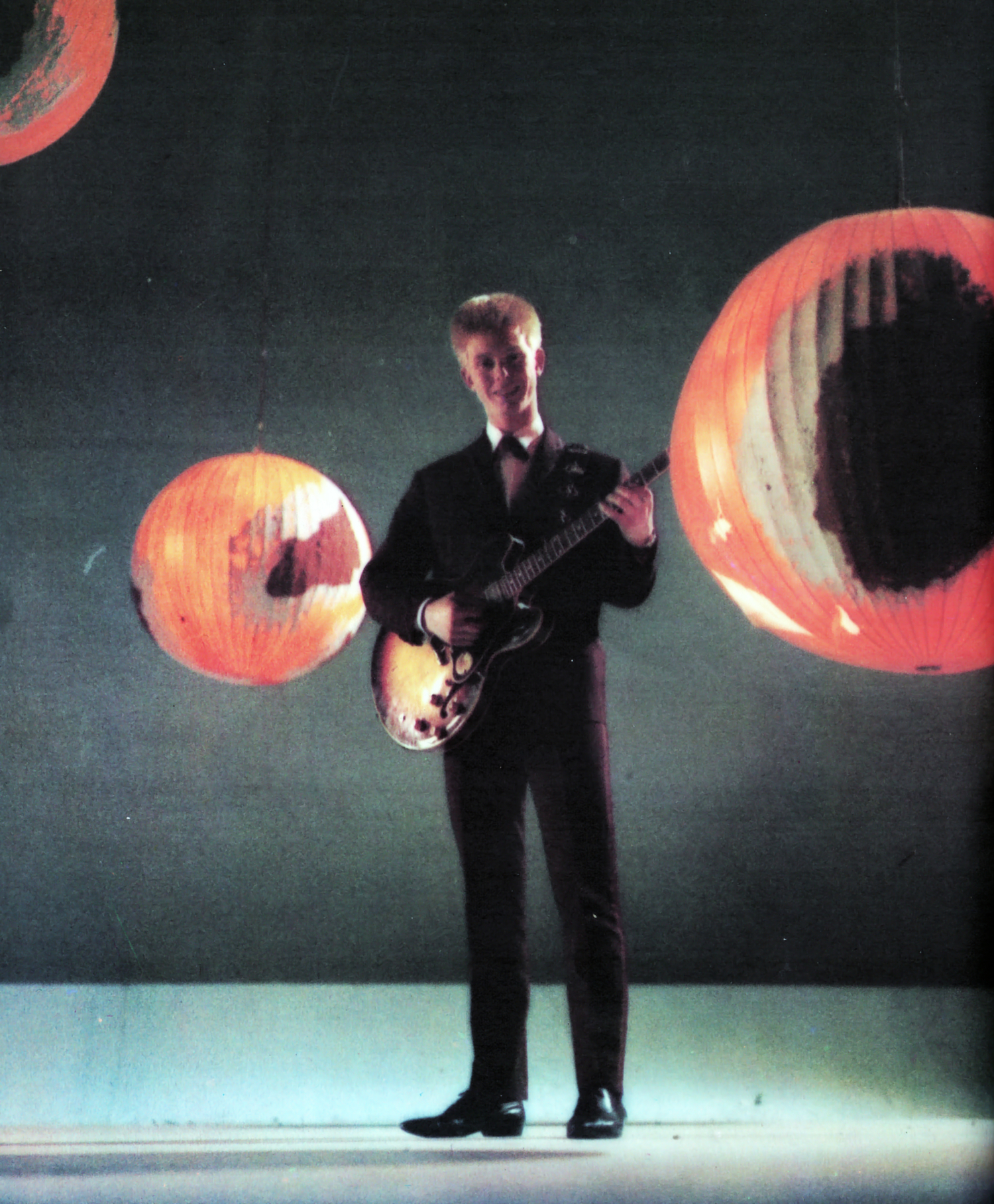 Joe Brown, a guitar and a vivid yet simple set. These are typical elements of Thank Your Lucky Stars. Pop music presented at its very best: pop music with the full backing of ABC’s technical know-how and creative flair: pop music from a team who understand teenagers. The pop music show voted the best on tv by the readers of The Melody Maker last year. Lucky Stars will continue its present run through the summer.

The sound distortion network linked to the Sound Console has been switch-coupled to the Vision Mixer so that it will automatically apply to particular shots in a picture run-through. And the output from the console has been split into separate ‘music’, ‘dialogue’ and ‘effects’ outputs so that recordings could be made which foreign buyers can add alternative music to, or dub in some other language. Everything that can be done for good sound… is done.

You may have missed

Tempo: the impact of television on the arts