IF your kind of hero is a blonde-and-cocktails boy in a mohair suit and tea-party smile, you won’t like Frank Marker, the hero of the new Saturday night series, Public Eye.

Alfred Burke, the 46-year-old actor who plays Marker, is a tall sinewy man, with a hollow face and small hard eyes which peer suspiciously at a hostile world.

There is a villainous look about him. And for the best part of his career, Burke has been cast as the third bandit from the right in countless productions.

“The reason Alfie was chosen for the part,” said Roger Marshall, the main writer on the series, “is that he doesn’t look like a private detective.

“If you saw him in a pub or a supermarket, you wouldn’t single him out for attention. He’s just another face in the crowd.”

Marker isn’t rich — or particularly handsome. His wardrobe is strictly functional. One pair of shoes and if they don’t get to the mender on time, he avoids puddles. A dirty white mac; a couple of pairs of slacks; an old sports jacket.

His favourite tie’s got an egg stain on it. And his main worry is not where to park his Aston Martin, but whether he is able to meet his income tax demands. He is a loser.

As a hero, he’s disappointing. But in the brutal knife and knuckle-duster world of London’s back streets, Frank Marker survives.

He sees his clients in a pokey attic office above Clapham Junction. Millionaires and taxi-drivers. Bankers and bookies. All different, but with a common bond. Trouble. They need Marker.

But he has no friends. Nobody thanks him for solving their problems; nobody sends him flowers for finding the truth. They pay him… and turn their backs.

But a man like Marker, operating in the precarious no-man’s-land between the underworld and the arm of the law, must cover his tracks. For if the thugs don’t get him, the police are sure to.

Though after six years, they haven’t yet. And they won’t — as long as he stays fast on his feet.

Marker … anonymous in a grubby mac trudging a suburban street.

Marker … alone, in an all-night do-it-yourself laundry, washing his shirts. Marker .. sitting next to you on a bus. Marker … everywhere.

Next time you hear footsteps on a dark night don’t look round. He’s right behind you. 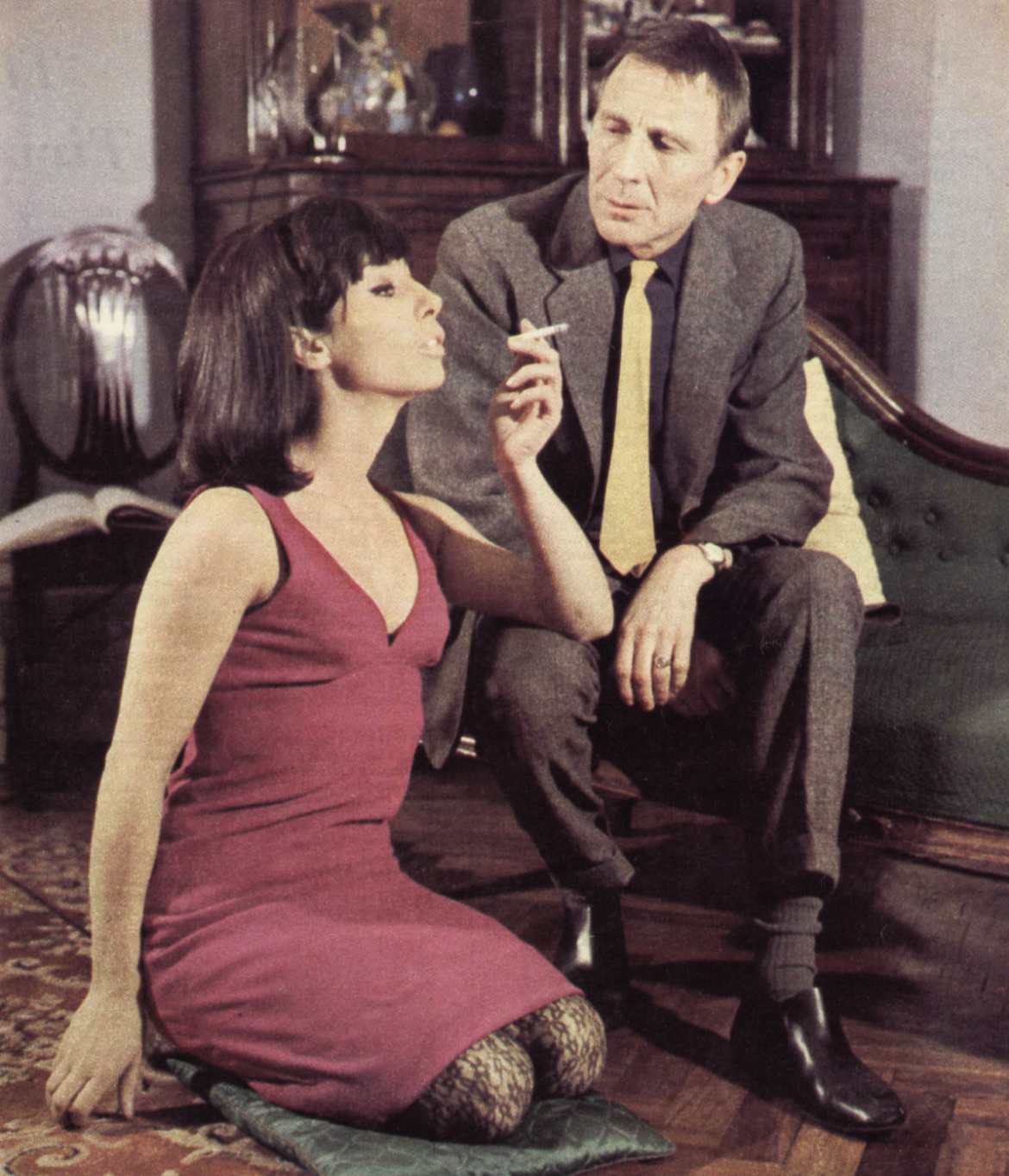 She made her name on television travelling through time in the Dr. Who series. But it’s back to earth with a bump for 23-year-old Carole Ann Ford. In Saturday’s Public Eye she plays a missing girl in the clutches of a vice ring. “It couldn’t possibly be more different,” she said. Down-at-heel private detective, Frank Marker (Alfred Burke}, is commissioned to find the girl, who unaccountably has left her Yorkshire home and gone to live in London

W O Court was a feature writer for the TVTimes