How do you differentiate your two-day ITV company against a five-day behemoth?

The weekday/weekend splits of ITV forced an unusual diversity upon presentation. Whilst each company with no competitor in their own region was free to decide on what the look and feel of their station would be without fear of contradiction, the weekday and weekend companies felt they needed to contrast one another.

Associated-Rediffusion on weekdays in London was stiff and formal. ATV London on weekends was bright and friendly. The difference between the two was clear.

Granada on weekdays in the North was austere and gaunt. ABC on weekends was cosmopolitan and laid back. The difference, again, was clear.

But what to do in the Midlands? ATV’s weekday bright and friendly is not an antonym for cosmopolitan and laid back. Defining the difference between the two was much harder.

ABC Midlands worked hard on this, using different camera angles and studio layouts to that of ATV Midlands for presentation – despite the two both coming from the same room and using the same facilities at the Alpha studios in Aston.

ATV favoured putting the announcer in a fairly tight close-up, little more than head and shoulders, against a plain background with a fixed camera. 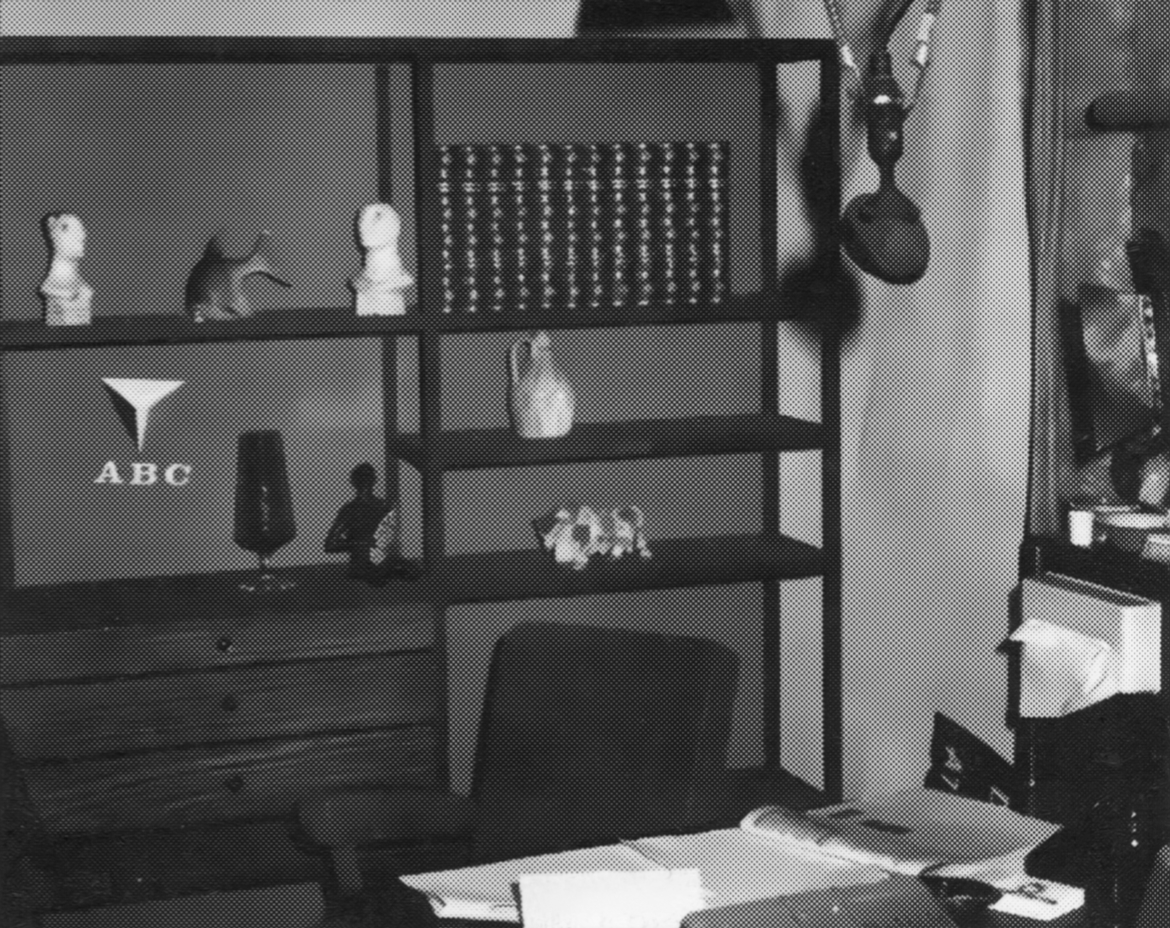 ABC had to try to be different. The presentation studio at Alpha was unusually large – not huge by any means, but bigger than the average. That allowed for some freedom for Geoffrey Lugg and the others in ABC’s presentation department. They added a full set – on casters so it could be installed on Saturday mornings and easily removed on Sunday nights – and moved the camera back to present more of the announcer’s body. A low, comfortable chair encouraged the announcer to relax and lean back into the continuity set, compared to the close-up over a desk format of ATV that forced announcers to lean forwards.

This style of presentation was sufficiently different from that of ATV Midlands to stand out – although ABC’s Howard Thomas remained frustrated that he couldn’t compete on image with his weekday rivals in Birmingham – and also different enough to be used in the north during the day until about 1960 (and on Sunday mornings until 1964) for cheaper joint continuity, without diluting the difference between Granada and ABC.

The set itself was flexible, thanks to dotting the shelves with ornaments. Seasonal differences were easy to introduce – fresh flowers in a vase in the spring, more books and fewer knick-knacks in the autumn – and easy to decorate for Christmas and other special occasions.

Of note was the unusual use of the colour version of the ABC triangle logo on the wall – ABC was gone 18 months before colour came to ITV – and, in this picture, a copy of TVWorld, the ABC-ATV jointly owned listings magazine, waiting for the announcer to use to improvise to fill time between programmes.