Only twice has Herbert Lom turned his considerable acting talents to playing a psychiatrist.

Once was in the film “The Seventh Veil” (where he sorted out the mixed emotions of Ann Todd enabling her to live happily ever after with James Mason), and the other was in the TV series The Human Jungle. Both times with great success.

“The Seventh Veil” was one of the best films of the postwar years. While The Human Jungle, where Herbert played the part of Dr. Roger Corder, brought him in a fan mail of 2,000 letters a week — mainly from women who saw him as the small screen’s answer to their human problems.

His success can be measured by the fact that Lom has played every part from the heaviest of villains (he’s just finished Simon Legree in “Uncle Tom’s Cabin”) to the lightest of comedians (with Peter Sellers in “A Shot In The Dark”).

Mr. Lom has carved a definite niche for himself in screen history. His versatile talent shines through whatever the role he’s playing.

Sometimes he’s the kind-hearted friend of the heroine, providing a clean white handkerchief and a sturdy shoulder for her to cry on. But seldom, if ever, does he get the girl.

Mr. Lom is no swashbuckler. He doesn’t look dashing or even romantic. But he does look intelligent. And the appeal he undoubtedly has for women has little to do with sex-appeal.

Herbert Lom’s attraction is definitely of the mind—intellectual and not physical.

If the Lom charm is based on brain-power rather than looks, it has certainly served to his advantage. He came to this country as a drama student from Prague 25 years ago and his services as an actor are still very much in demand.

He can talk of many things — the arts, the sciences, politics, history, travel, philosophy. But as we sat in his London home — a Victorian villa in Kensington in which, nevertheless, he houses his collection of madly modern paintings — we talked about Christmas trees.

Mr. Lom has two away-from-it-all pursuits. He paints, and he grows Christmas trees on his farm in Kent. “When I was looking for a farm some years ago, I couldn’t see myself breeding animals, and the Christmas trees which came with the farm seemed a nice idea.

RELATED  Looking over the farming fence

“I make a little money out of them and I’m very interested in forestry as a result. I am inclined to get involved in whatever I’m doing because an actor just can’t help doing so. Surely, the whole business of acting is to get behind the character you’re playing, so that for a time you become that person. 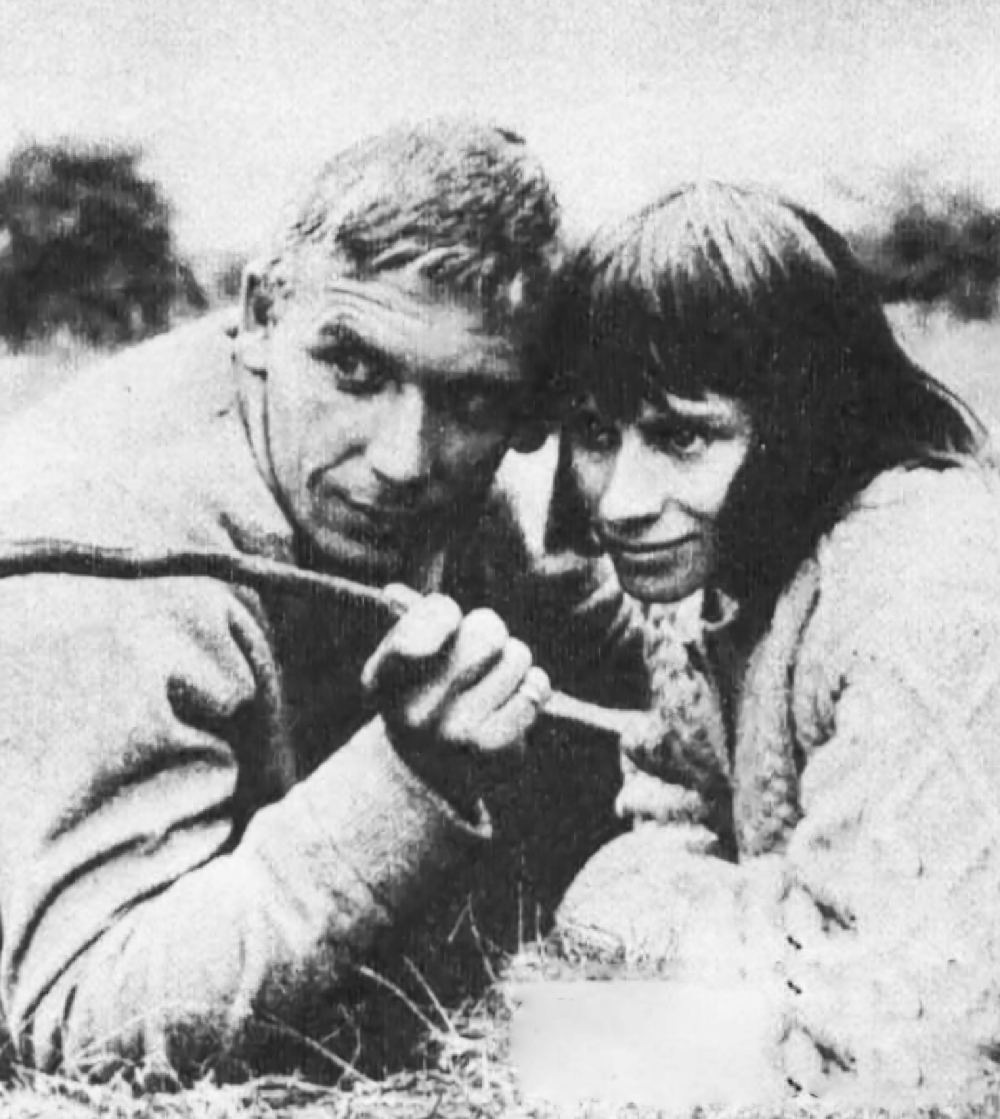 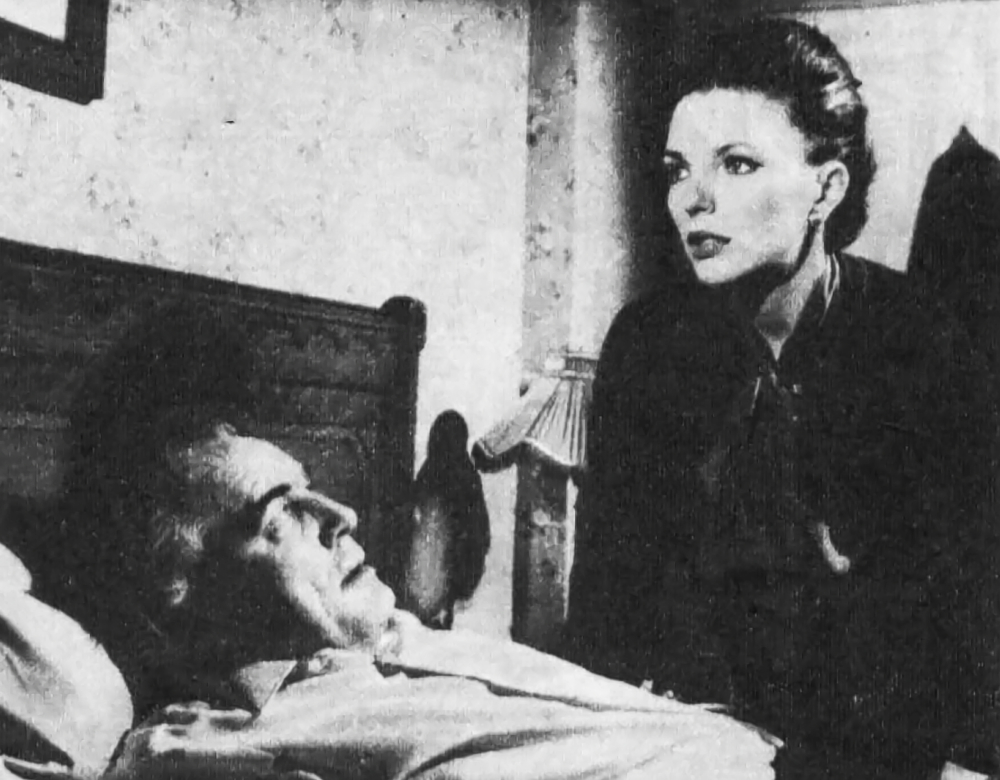 Clifford Evans and Joan Collins in a scene from this week’s story, “Struggle for a Mind”

“When I played Napoleon I read everything I could lay my hands on about him and his campaigns.”

“And when you play a psychiatrist?” I asked.

“Ah yes. When I played my first psychiatrist I happened to be deeply interested in the subject of psycho-analysis because I had a friend who had recently taken such treatment, and I really wanted to be able to be of some help. Besides which. I’ve always had a latent feeling for the mysteries of the subconscious.

“I even got a doctor friend to teach me how to hypnotise myself — all medical-students are taught hypnosis, you know. I had the rather selfish notion that by self-hypnosis I could cut down the time I usually took to learn a part from two to three weeks to two to three days.

“And for quite a few of the parts I played I did use hypnosis. So perhaps I do understand Dr. Corder’s motives a little more than I might be expected to. “Not that I would attempt – even if I had the time — to try to solve the problems of the women who write to me. I send them a sympathetic letter pointing out that I am an actor, not a qualified doctor and suggest that they seek professional advice. I can only hope that, in such cases, every little word of understanding helps.”

There was one other thing. In his middle years, after nearly 20 years of marriage and two growing sons, did he think — this most understanding of men – that his wife understood him?

“About half of the time, I would say,” he said. “Of course, the other half, I don’t want to be understood!”

A galaxy of guest stars

Dr. Roger Corder, the sympathetic psychiatrist with the mischievous teenage daughter, is back. He returns this week in a new 13-part series, exploring The Human Jungle.

A galaxy of film and theatre stars will make guest appearances.

Corder is faced with a wide variety of strange human jig-saw puzzles during the series. Among them are:

Why should an ageing, lonely schoolmistress receive menacing blackmail threats? … what is the story behind the long list of street accidents that keep happening to a young girl? … who is responsible for the mysterious fire in the home of a wealthy young couple? All the stories originate from real-life cases. To ensure accuracy a 35-year-old psychiatrist from Manchester has watched the series being made. He told me: “It has been my job to ensure that the stories have not been ‘over-dramatised’.”

The first episode in the new series, “Struggle for a Mind,” has Joan Collins as guest star, with Margaret Whiting, Kay Walsh and Clifford Evans in support.

Joan Collins (in her first acting appearance on British TV) plays a young woman who tries to commit suicide.

Corder’s plan to lead her back to sanity conflicts with the ideas of Dr. Tate, who is in charge of the case. But both have reckoned without the girl’s warped and hostile family.

Eve Perrick (1916–95) was, for a long time, a trenchant columnist in the Daily Express.