Amidst handshakes on renewing the acquaintance of BOB PARSONS, onetime manager of Manchester’s Apollo Cinema, ABC’s Blackpool Theatre – under Bob’s management – becomes the scene of this summer’s peak-hour variety show BLACKPOOL NIGHT OUT, to be screened live starting in July.

With MIKE and BERNIE WINTERS once again in the hosting spot, this sixty-minute production produced by PHILIP JONES will draw its talent from the great names of the entertainment world including those who are headlining the North’s big summer shows. Already booked to appear are: THE BEATLES, FRANK IFIELD, THE BACHELORS, SOPHIE TUCKER, DIANA DORS, THE SEARCHERS and CILLA BLACK.

Other regular Blackpool Night Outers include LIONEL BLAIR and His Dancers and the ABC TELEVISION SHOW-BAND, under the baton of Musical Director BOB SHARPLES.

While BLACKPOOL NIGHT OUT has provided one of the biggest OB sound problems for the technical boys, it means the summer months by the sea for Producer PHILIP JONES and Designer BRIAN EATWELL and their families.

Others taking up residence in or around Blackpool for the run of the show include PA JEAN FENTON, Choreographer LIONEL BLAIR, dancers PATSY SPENCER and GILLIAN BOWDEN and, of course, MIKE and BERNIE WINTERS, their wives and children… Mike’s wife Cassie having successfully found a house for them all while the rest of the family worked on the last BIG NIGHT OUT series at Teddington. (Bernie’s wife SIGGI HEINE was one of the original dancers.)

Meanwhile Philip, Jean and Brian have secured office premises for the season above a cafe just across the road from the theatre – ever known a Production team not to find a built-in tea trolley? 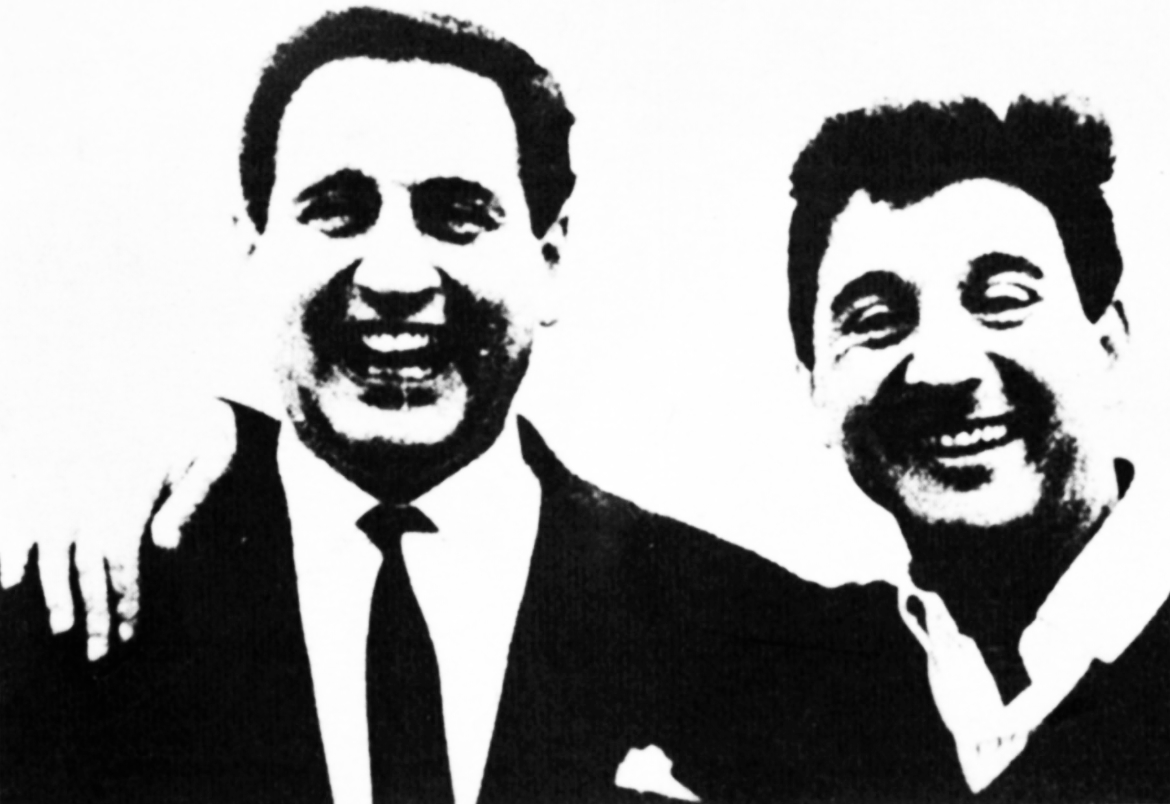 After months of planning, technicians are now capable of running up the largest number of microphones ever – no less than 31. Under the supervision of Assistant Technical Manager, KEN PIKE, who was responsible for much of the original television installation at the theatre, a truck has been specially fitted out as a sound control room, camera platforms constructed specially for the job with built-in cabling, and talk-back systems devised whereby almost everybody can talk to everyone else.

Easing this great challenge to the Mobile Operation, of course, are the seven camera point boxes and thousands of feet of cable originally built into the theatre – 1,250 ft plus 1,050 ft vision, 6,150 ft micro and 2,700 ft of talk-back cable.

The new ABC Blackpool stands on a site associated with show business for more than sixty nine years.

The new theatre – which justifiably claims to be Europe’s most luxurious showplace – has been erected at a cost of more than £300,000, embodying all the latest facets of contemporary design with emphasis placed throughout on good taste and comfort… plus the fact that it has been wired to cater for today’s ever-increasing television audience, enabling programmes to be swiftly and easily screened direct from the North where the biggest stars are performing in their fabulous Summer Shows.