An interview with Ingrid Hafner, Dr Keel’s receptionist in early episodes of ‘The Avengers’

“And all in all, I suppose. I’m tolerant of their ways. One has to be, with these two.”

“These two” are Ian Hendry and Patrick Macnee, stars of The Avengers.

He is aided by the cynical under-cover man John Steed, played by Macnee — a character with a stately home background and a taste for good living.

Keeping the balance between them is Dr. Keel’s glamorous nurse-receptionist Carol Wilson, played by Ingrid.

I asked Ingrid at her London flat what she really thought about her two leading men.

Do they resemble the characters they play?

“The answer is no,” said Ingrid “In real life, in fact, their roles are somewhat reversed.

“But on the surface he’s a great clown, not a bit like Keel. He loves practical jokes — which is not surprising.

“You see he started in show business in a circus — as private secretary and stooge to Coco the clown.

“I don’t think he has ever forgotten Coco’s advice to take up clowning.” 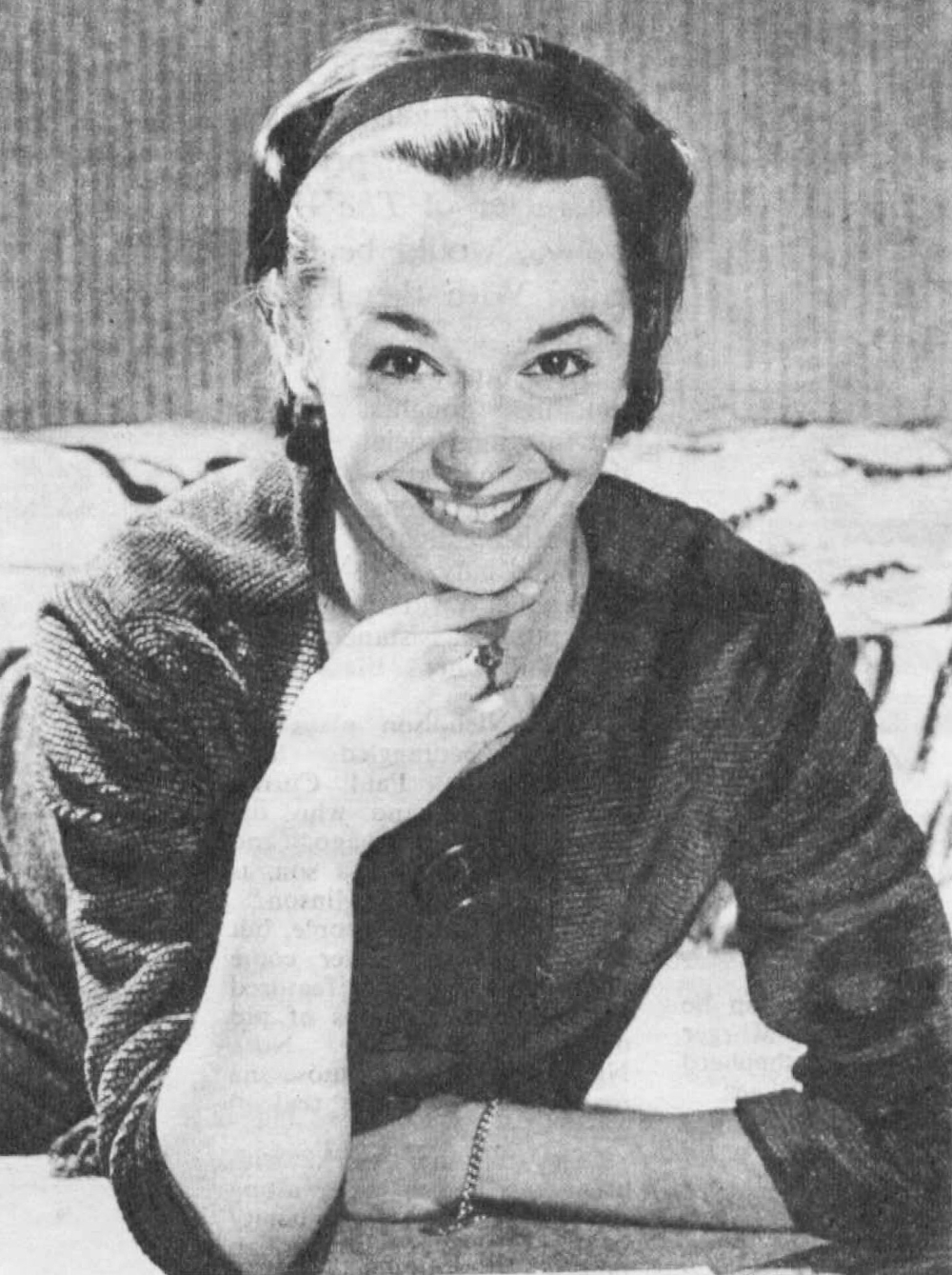 “Things were held up for something or other,” she said. “The set was an old furniture shop and the place was cluttered up with great pieces of ancient furniture.

“Suddenly, there was a great rumpus among the props. And there was Ian crashing through a huge picture frame with a ridiculous Victorian fireman’s helmet on his head, and a false moustache.

“Another time, we had a hairdressing salon set and there he was mincing around in a filthy old overall brandishing a pair of scissors and a comb.”

Ingrid added: “Practical jokers, men especially, can be a bit wearing. But really you have to laugh with this character. He’s a harmless soul, bless him.”

She huddled closer to the fire. She had just returned from a visit to Ireland, she explained, and the flat had been unheated for a few days.

“Every time I come back from Ireland I talk with an Irish accent,” said Ingrid.

“This amuses Pat Macnee, since I’m actually half Scots.

“Pat is a more mature person than Ian in many ways. Unlike Steed, Pat has a quiet personality. He is controlled, modest and easy going.

“He adopts an amusing fatherly attitude towards his co-star. In the middle of some crazy interlude he’ll say, ‘Now come along Hendry, that’s enough for one day.

“‘Get your script like a good boy and let’s get a move on. I’m getting hungry’.”

Pat and Ian don’t, as it happens, snipe at each other as they often do in the series.

“I’m grateful for that,” said Ingrid. “I couldn’t bear that.

“Pat is a bit of a dreamer. He’ll tell you this himself. I think he secretly wishes he was a character like Steed.

“At rehearsals if he’s not busy poring over his script or holding incredibly intense conversations with the director, he will be tucked away in a remote comer of the room reading masses of magazines.” Ingrid gazed at the ceiling. “You get to know people pretty well, working with them every day, don’t you?

“My leading men are not without faults. But, to be honest, they’re two of the sweetest men I know.”

Charles Bayne was a reporter for the TVTimes